Pakistan Telecommunication Authority (PTA) in partnership with the FIA is reportedly stepping up efforts to curb fake mobile device registrations. FIA has started arresting both shopkeepers and users involved in these fake registrations and the culprits will be awarded 7 years of imprisonment to properly ban the use of non-compliant devices.

Earlier this month, it surfaced that PTA blocked phones are being unlocked in the black market for as low as Rs. 2000. PTA had started the use of DIRBS and banning of non-compliant phones on 30th April after a series of extensions in deadline to getting your mobile device registered. At that particular time, around 2.8 million devices were to be banned by PTA and the enforcement of this new step shows that there were obstacles in the way.

A lawyer familiar with the situation commented that unlocking these non-compliant devices and their use in Pakistan is illegal as per The Prevention of Electronics Crimes Act, 2016. Basically one of the ways to bypass the PTA DIRBS system is to misuse the credentials of an international traveller for reprogramming the IMEI of the mobile device and this offence can lead to 7 years of jail time.

According to the lawyer who spoke to PhoneWorld, the following clauses of the PECA 2016 apply to the person using a non-compliant device in Pakistan:

Do you think this much punishment is justified for the person using a non-compliant device? 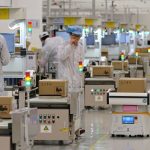