The Federal Investigation Agency Sindh has launched an investigation against the online platforms selling sacrificial animals this Eid. Due to the ongoing stress caused by COVID-19, the government was urging the citizens to avoid going to the cattle market and purchase the animal via the digital platform.

Majority of complaints filed against them were late delivery of the meat; in some cases, it was not delivered at all. Few people complained that the meat was lesser in quantity than what they were expecting and some also said that the animal meat was stale to the point where it got un-edible.

The Deputy Director of Crime Cell Abdul Ghafoor said that after receiving hundreds of complaints, the unit finally decides to conduct a thorough investigation.

It was not the first time when online platform became an option for the selling and purchasing of the sacrificial animal it has been done for years. A few weeks before Edi-Ul-Adha several meat brands, cattle farm owners, and regular businesses set up their website offering multiple services regarding the Eid.

Among them, the lowest-ranked online Eid services providers are Meat Master, ARY Sahulat Bazar, and Laal Meat. The online platforms offered the substandard facilities to the users and did not deliver what it promised the users.

Iftikhar Shalwani, the Commissioner Karachi, has advised FIA to take stern action against such companies along with the others which will be deciphered fully after the investigation. 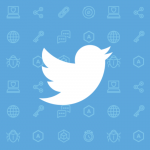 A security vulnerability has been detected in the Android app of Twitter.