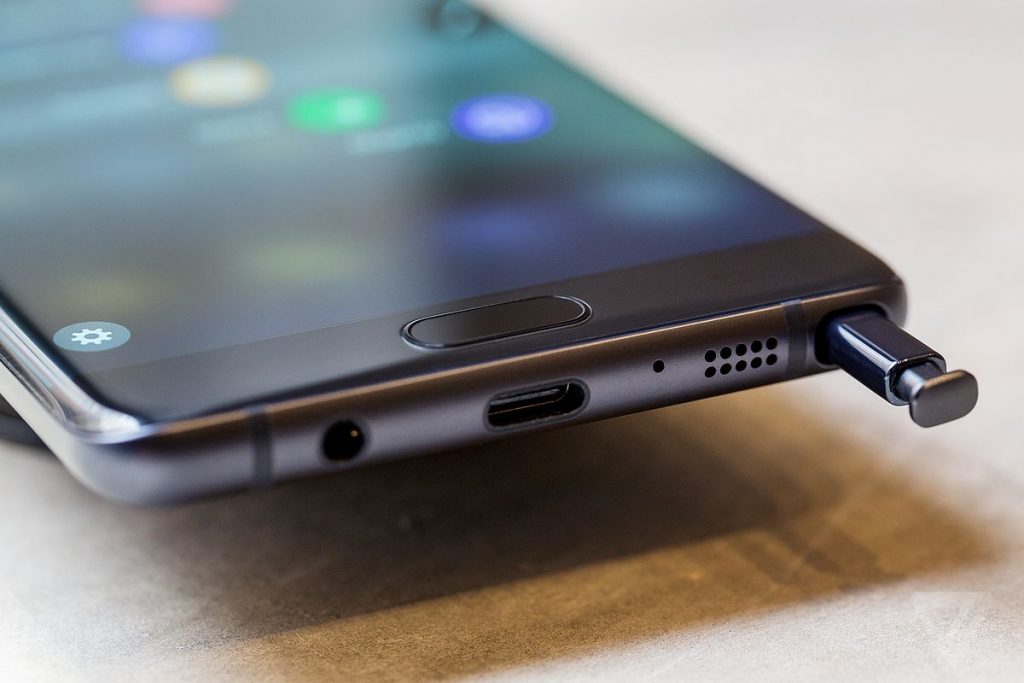 We have been aware that Samsung has been working on massive 512GB storage chips since last year. These chips will be embedded inside the Galaxy devices and will be called “embedded Universal Flash Storage” (eUFS).

However, we did not see Samsung’s big surprise at Galaxy S9‘s launch earlier this year. It is likely that Galaxy Note 9 which is arriving in the latter half of the year may feature 512GB storage coupled with 8GB of RAM. This may look far from happening at this point but the consistently accurate tipster of Galaxy phones, ICE Universe also believes this.

The popular leakster of Samsung devices, ICE Universe has tweeted a big surprise of upcoming Note series phablet — Galaxy Note 9 revealing that Samsung is gearing up to add two mighty features in its huge smartphone. Galaxy Note 9 is likely to have a variant with 512GB internal storage and 8GB of RAM. This would mark the biggest hit on all Samsung devices as we have seen only 6GB of RAM in Note 8/S9+ and 256GB of storage in S9 variants.

If you are lucky, you will see 8GB RAM and 512GB ROM Galaxy Note9

Well, for those smartphone enthusiasts who were greatly disappointed by lagging and slow performance of Samsung phones, the global smartphone industry leader has finally moved to resolve this problem. Galaxy Note 9 will be insanely fast all thanks to its 8GB RAM.

This huge specification set may not be offered in all variants as it will make the already expensive phablet series, even more expensive. The rumors also suggest that this super variant of Note 9 will also feature a microSD card slot — but who needs it now.

As you know that RAM isn’t the only factor behind a fast phone, processors also play a key role to make things work. Rumors suggest that Note 9 will be based on Qualcomm’s latest chipsets Snapdragon 845. But that doesn’t make it any different from Galaxy S9. So, what’s more? A very recent leak of Galaxy Note 9’s benchmarking on Geekbench’s site reveals a device powered by Samsung’s own Exynos 9810 SoC. The listing shows that the device powered by octa-core chipset clocked at 1.79GHz has scored 2737 in single-core and 9064 in multi-core test. 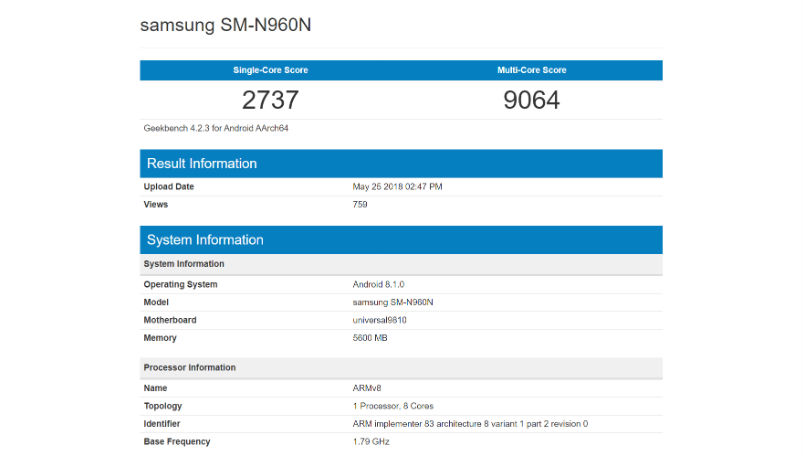 It is also being heard that Galaxy Note 9 is coming ahead of schedule and the launch date will be somewhere in August. Until then stay tuned for more insightful posts on Note 9. 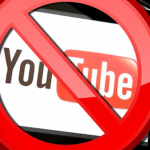