Google is upgrading its offline capabilities, the software giant is now testing a feature which will give the users the ability to access their Google drives files offline through a web browser.

The company on Tuesday announced the launch of its beta that will expand its offline capabilities. This includes support for PDFs, images, Microsoft Office Files and other non-google formats. The new functionality will be similar to the already available Google Docs, Sheets and Slides. However, the current version is in its beta testing (dubbed as “Google Drive Offline for Binary Content Beta”) and is available to the admins of G suite domains.

Furthermore, admins who previously opted for Alpha test for offline Docs, Sheets, and Slides will not be subsequently eligible for the beta testing. It should be noted that this feature for beta testing is currently only available via Google’s web browser, Google Chrome. Google’s G-Suite Twitter handle tweeted about this earlier.

Access your @googledrive files, even without internet connection. Here’s how → https://t.co/1BI10c7rj9 pic.twitter.com/ZAoiTmWBnw

As soon as Google enrolls the G Suite domain, the beta testers will then be able to enable offline preview via the Drive or Docs settings. Once that is done, the user can then sign into Chrome, right-click any selected file and then click the option “Make available offline”. Furthermore, users will also be able to open non-Google files in Drive such as Microsoft Office.

Google Blog in additional details mentioned that the feature wasn’t currently supported in ChromeOS, however, future release will provide the compatibility for Google’s desktop OS. Meanwhile, Google Drive’s direct competitor DropBox is now transitioning into an enterprise collaboration workspace which offers integration with famous work-apps such as Slack and Zoom. In simple words, DropBox is now transforming into a work portal instead of the traditional file storage platform. 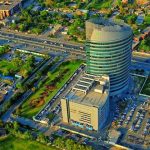