Google mid range Pixel smartphone might be coming next year

Google is reportedly planning to release its more affordable Pixel smartphone in early 2019. The company’s latest flagship Android smartphone Pixel 3 is expected to be revealed later this year. This new mid-range version that the company is currently working on will expand the company’s lineup.

People have been hoping to have a cheaper Pixel option and this is certainly something, a lot of Pixel fans will be looking forward to. Google’s Nexus phones were affordable as compared to rival handsets offered by other OEMs. The company, however saw the original Pixel and Pixel XL as the opportunity to upsurge its price.

According to the rumor mill there might be new model for those seeking budget friendly phone by Google. As per WinFuture’s Roland Quandt, Google has started development on new smartphone that will incorporate Qualcomm’s Snapdragon 710, a mid-tier smartphone chip announced by Qualcomm last week.

As per Quandt, a month ago, the company started working on the hardware development of the phone. Here, what is noteworthy is that they could not confirm if it is for mid-range Pixel or a smartphone. It would fit in with the previous rumors. Other details such as what would be the screen size, camera resolution are still not revealed.

There is a chance that Google is leaning on the expertise it acquired when it bought a reasonable chunk of HTC’s phone in a deal that was closed this year. It seems like this expertise is helping Google develop Pixel 3 and Pixel 3 XL. Unlike their predecessors that were built by LG and HTC for Google, company’s flagships are tipped to be manufactured by Foxconn.

According to trustworthy reports, @Evleaks there is also going to be a Pixel watch and most probably it will be unveiled at the next hardware event by the company that is expected to happen in October. 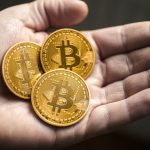