Google might remove millions of apps from Play Store soon 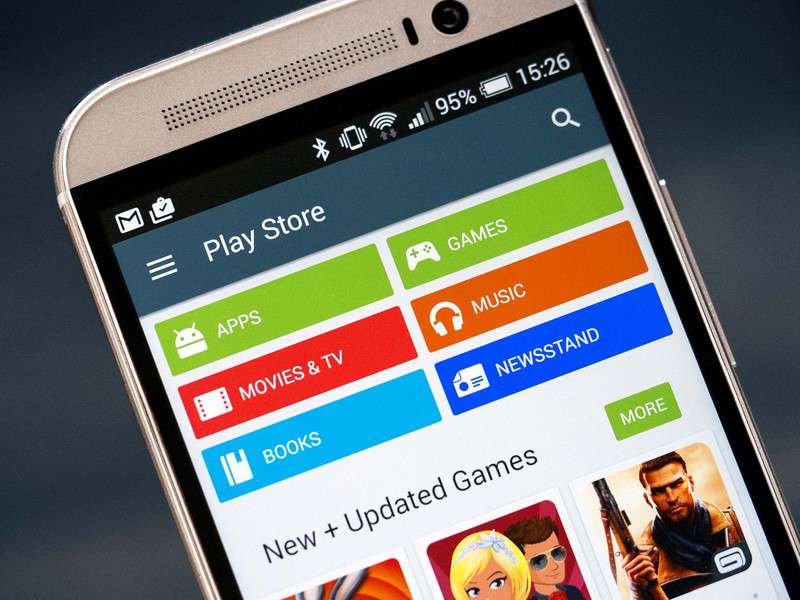 Google will limit the visibility and/or remove those applications from the Google Play Store which are violating company’s User Data Policy by March 15, 2017.

The warning notices are being sent through emails to the app developers worldwide who do not have privacy policies for their apps, hence violating Google’s User Data Policy (given below).

Play Store had more than 2,200,000 apps as of October 2016 but the quality cannot be judged by the quantity. Over the years, many less desirable apps have also accumulated in the Play Store because of lack of regulatory measures. The app developers seek illegitimate means such as fake reviews to attract users. Google has been taking action against such apps. It shut down many fraudulent apps in November last year which violated Google Play Developer Policy. 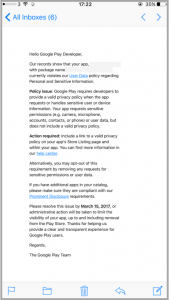 Google has asked the developers to include a valid link to the privacy policy on the app’s page as well as within the app. If they do not have any privacy policy, they should stop asking for sensitive information.

This is a good step considering there are many junk, also called “zombie”, apps crowding the Play Store and others which are poor performers. After this, only the apps from authentic developers will be available and visible in the Play Store. The purge of these apps is also important from users’ security point of view as such apps are vulnerable to attack by malware such as Gooligan.

“You must be transparent in how you handle user data (e.g., information provided by a user, collected about a user, and collected about a user’s use of the app or device), including by disclosing the collection, use, and sharing of the data, and you must limit use of the data to the description in the disclosure. If your app handles personal or sensitive user data, there are additional requirements described below. This policy establishes Google Play’s minimum privacy requirements; you or your app may need to comply with additional restrictions or procedures if required by an applicable law.”

Administrative action will be taken against the apps which fail to provide privacy policies before March 15, 2017. 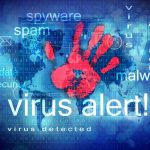 These are the top 10 malware that can breach your security