Australia’s competition watchdog has recently stated that it is investigating Google over reports that the tech giant has been harvesting vast amounts of personal data from Android smartphone users to sell targeted advertising.

The probe followed information supplied by US software company Oracle, which reportedly told the Australian Competition and Consumer Commission (ACCC) it believed Android devices transferred up to a gigabyte of data, including detailed location information, every month to Google.

Oracle accused that Android phones quietly tell Google where users are located, even if they have location services turned off, and even if there is no SIM card in the device.

Geesche Jacobsen, a spokeswoman for the competition regulator said;

“The ACCC met with Oracle and is considering information it has provided about Google services. We are exploring how much consumers know about the use of location data and are working closely with the Privacy Commissioner.”

Oracle has its own long-running dispute with Google. The U.S. based software company is seeking royalties for Google’s use of some of the Java language, while Google argues it should be able to use Java without paying a fee. 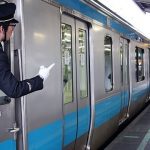