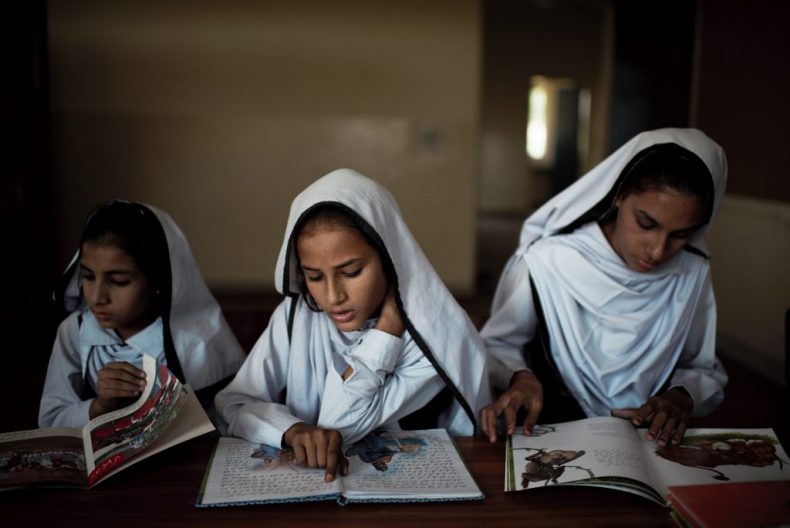 The Pakistani government is reportedly in plans to set up 226 computer labs in the government girls’ schools in Islamabad Capital Territory (ICT) for the purpose of making them financially independent in the future by increasing their employability potential.

The initiative is the second wave of the Information and Communication Technologies (ICTs) for Girls Programme and is underway in collaboration with Pakistan Baitul Maal (PBM), Universal Service Fund (USF) and the tech giant, Microsoft itself, as stated by Ministry of Information Technology (MoIT).

As reported, the program has been launched at a cost Rs. 600 million with the plan of training 110,000 girls and 202 teachers by Microsoft to enable them to learn digitally and be aware of the modern technology. Currently, over 150 computer labs have already been initiated at the cost of Rs.300 million and 35,000 students are reportedly getting trained annually.

Microsoft has been working together with PBM’s Women Empowerment Centres and ICTs for Girls to help the young girls from the underprivileged areas to make them stand on their own feet and empower them in the field of Information Technology and Communication.

The program is said to include the training on coding, computing and communication skills. There would also be coaching from the experts of the industry.

Anusha Rehman, Minister of IT&T stated that it is quite important and vital that women segment comprising of 50 percent of the country’s population, should come forward, show their potential and play their roles in the socio-economic development.

She emphasized that women should not be left behind with just the typing related work, instead they should focus on and learn different IT and computer courses as there is a significant demand of it in every sphere of life. This will also lead to the women empowerment as a whole.

Share your thoughts on this down in the comments.
For more on the technology, keep following TechJuice.

previous
Yayvo.com goes all out in support of bringing Cricket back home!
random
next
Samsung S8, S8+ and Note 8 to get Oreo update within 3 weeks
Trending Posts