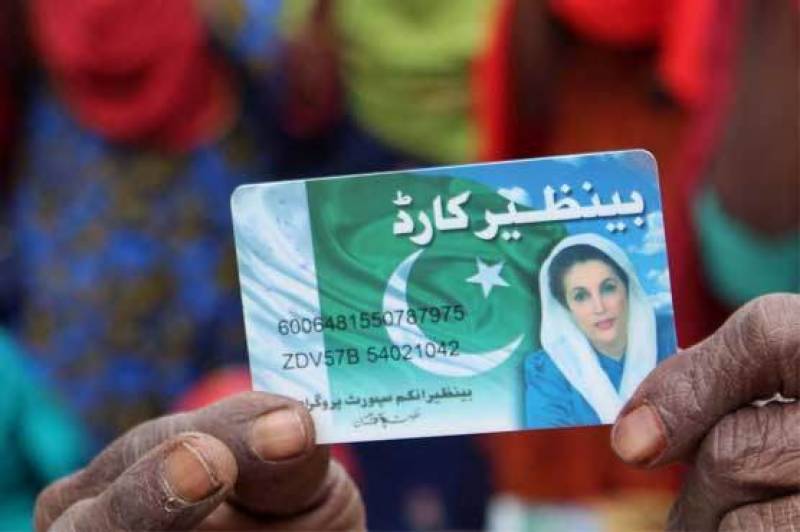 The government is planning to take strict action against the government officers who are monetarily benefiting from the Benazir Income Support Program (BISP). According to the latest federal report, around 2453 government employees working between grade, 17-21 were benefiting from BISP. A few days ago Sania Nishtar, the special advisory of Prime Minister on the “Ehsas Program” announced the removal of 820,000 non-deserving beneficiaries from the welfare program.

Nishtar also said that the BISP  beneficiary list will be continually scrutinized and new people will fill the place of the ones who were removed. The federal document showed that the officers belonging to all four provinces were reaping benefits from the program. Most of them were registered under the name of their wives. The highest number of undeserving beneficiaries were registered from Baluchistan Province making it 741 officials. From Sindh 342 government officers had registered in the program and were gaining continual ‘undeserving’ benefits from BISP. Most of them belonged to grade 18.

Dr. Nishtar tweeted last December: “I wish to thank the Cabinet for approving my proposal: exiting 820,105 BISP beneficiaries. Using forensic data analysis, we found they were ineligible for the support based on the criteria below. This translates into saving of PKR 16 billion for the government annually.” 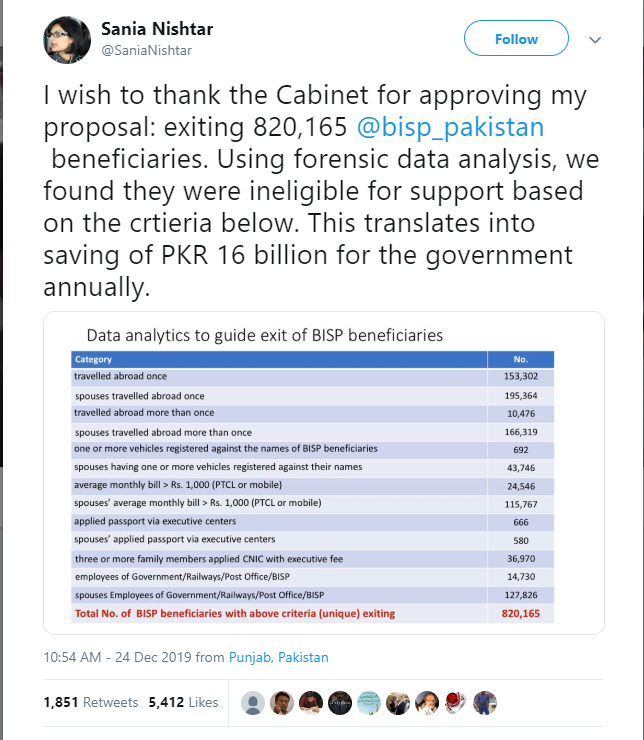 Dr Sania said: “The entire procedure for inclusion in BISP has been made apolitical. 10 years ago, BISP beneficiaries were decided through a survey. From now, beneficiaries would be selected using data from Nadra.”

Earlier this month the Sania Nishtar confirmed in a press release that an app called Ehsaas is on the way that could help the beneficiaries in getting sound knowledge regarding various welfare projects currently running in Pakistan. The aim of developing the app is to reduce inequalities, invest in people, and uplift. The lagging districts. Besides the more job opportunities will be offered to the affluent stuck Pakistani community via this platform.

previous
China honored Dr. Atta-ur-Rehman with the highest scientific Award
random
next
Google will read websites to you in the near future
Trending Posts