Govt websites are being used by hackers to mine cryptocurrency

The crypto jackers have gone too far doing this. Now, even governments’ websites are not secure from hackers. According to the new report from The Register, even the websites of reputable entities like the U.K.’s National Health Service and the U.S. court system’s are being used for mining cryptocurrencies by hackers.

The media outlet reports that several Governments websites have been secretly forcing visitors’ computers to mine Bitcoin alternative Monero for cyber-criminals. The mining of lesser-known crypto Monero has been specifically noted on several occasion. A security researcher Scott Helme firstly reported the malware, which he believes was running on over 4,000 sites, including the U.K.’s Information Commissioner’s Office website.

The researcher states that anyone who visited a website that ran Browsealoud (software that makes it easier for blind and partially sighted people to use the internet), would secretly have their computer’s processing power used to earn money for cybercriminals. Texthelp, the company behind Browsealoud, which has taken the service down temporarily, stated that;

“The attacker added malicious code to the file to use the browser CPU in an attempt to illegally generate cryptocurrency. This was a criminal act and a thorough investigation is currently underway.”

Since cryptos especially Bitcoin’s spectacular price rise in 2017, the need for mining cryptocurrencies has increased and hackers are betting full on Cryptojacking. The trend is likely to continue, as successful attacks can help criminals earn a significant amount of money. However, some countries like North Korea and China are taking measures to eradicate entire crypto mining businesses from their countries. 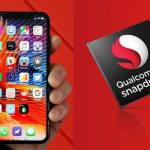