Bitcoin has become the world’s most influencing cryptocurrency. It is so popular that those who don’t even know about cryptocurrency must have at least heard about Bitcoin. Bitcoin crossed historical $12,000 mark couple of weeks ago and boosted its price close to $19,000. Analysts believe that this is just the beginning, Bitcoin will rise up by 500% and will cross $300,000 mark.

Ronnie Moas, the founder of Miami-based firm Standpoint Research has predicted Bitcoin’s price will hit $300,000 to $400,000 mark. This statement is important as he is the same analyst who predicted Bitcoin to hit $5,000 when it was lying below $2,600 during the early months of this year.

Moas gave a clear insight about the cryptocurrency as he believes that since 21 million Bitcoin could ever exist. This means that the rising demand for cryptocurrency will naturally increase its price.

While talking about the upcoming two years, Moas said that there will be around 300 million people in the world trying to get their hands on a few million bitcoin. This short supply and demand are going to drive the price higher. He thinks that Bitcoin is quite similar to Amazon as he says, “The way to play Amazon for the last 15 years was to buy it, hold it, and add on the dips. That’s exactly the way I think people should be playing Bitcoin.” 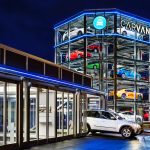