According to the reports, an intelligence agency arrested two hackers involved in Prime Minister (PM)’s office leaks on Monday. While one of these hackers is from Rawalpindi, linked with an educational institution. Whereas, the other belongs to a city in central Punjab.

More information is yet to reveal because the agency is questioning the hackers about their deeds. Last week Prime Minister made a committee of high-power officials whose head was Interior Minister Sanaullah. Finally, the committee investigated the matter of audio leaks. Holding candid conversations between influential government personalities, and arrested two people.

However, the interior minister held the first meeting of this high-power officials’ committee. The meeting was held  on Friday to figure out the matter of the audio leak. Minister of Law and Justice Azam Nazir Tarar, Minister for Climate Change Sherry Rehman, Cabinet Secretary, Secretary National Telecom, Secretary Information Technology (IT), and other officials attended this meeting. 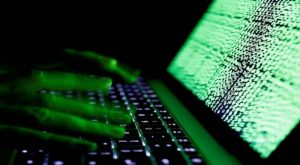 During the meeting, Rana Sanaullah ordered the high-officials committee to investigate the matter of the audio leak within two weeks with proof and present it to Prime Minister Shehbaz Sharif

Although, the leaks included various audio recordings of conversations among crucial government figures, consisting of the PM himself. Moreover, Maryam Nawaz, the Pakistan Muslim League Nawaz (PMLN) leader, and other important people.

Various audios of the current government, including Prime Minister Shehbaz Sharif and former Prime Minister, have been circulating on social media for eight days.

Previously, the National Security Committee (NSC) itself approved the constitution of a high-power officials’ committee. The committee was led by Interior Minister Sanaullah, allowing them to investigate the issue of the audio leaks. 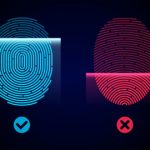