How Community Building Can Help Startups 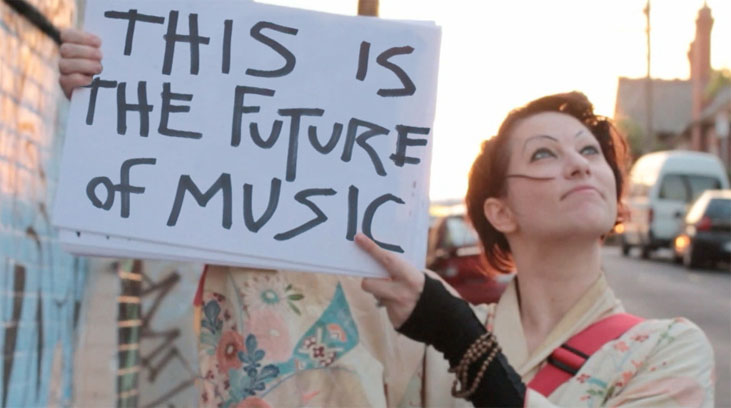 Building an audience is not just limited to artists and performers. The world is a stage, and we are all… owners of social media handles. How we present ourselves on social media can get us hired (a common HR vetting practice now-a-days), or fired (probably as a result of events like BlackBerry / Samsung’s official tweets coming from iPhones), or launch our pet-project into a full-blown Glitter-Fest. Some win over-night, while others build their stride over time.

The continued success of independent musician and a social media juggernaut, Amanda Palmer, cannot only be attributed to her music. She was the first Kickstarter musician to hit the 1 million dollar mark and is deemed as an expert on the subject of Art, Creativity and Sharing. Throughout the book, she often says, that it wasn’t just about the music, or even herself as the performer, it was mostly about the audience and what they brought to, for example, the House Parties (her customized gigs around the world, centered around unique experiences).

Palmer recently published a printed/audio book “The Art of Asking – How I Learned to Stop Worrying and Let People Help”, that promotes the idea behind Share Economy, only the emphasis is not on sharing monetary items. It is about the Share Economy of human connections that the digital age is otherwise blamed for diminishing.

Even though she’s a great song-writer, she agrees that there has to be a lot more to successful brands than their core product. In her book she describes her journey and the importance of personal branding and community building. She discusses her first Ninja Gig (Twitter triggered spontaneous meetup) which was a back-alley pillow fight where she didn’t even perform. I know many readers must be thinking “Back-Alley-Pillow-What-Now?”. The point is to know how crazy or sane your audience is and provide them with memorable experiences.

She was new to Twitter back then (now 1 million followers strong), and didn’t know how to measure the success of this simple experience sharing idea. Then her husband introduced her to the ‘Replies’ option, which was exploding with hundreds of pictures and shout-outs, and the rest is Twitter history.

Image: An example of a Ninja Gig 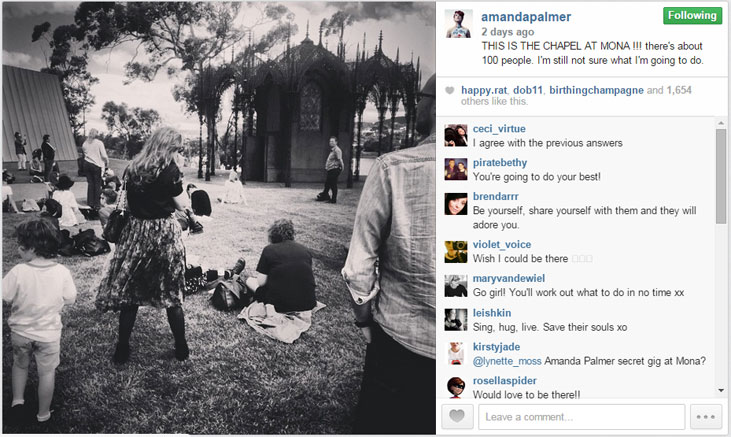 When her first album with a record label sold 25,000 copies, she was ecstatic that 25,000 people knew about her art and spent money to buy it. The label disagreed, and dropped all marketing expenses. She paid for all her online efforts, including her website and social media/support staff herself. Since for her, album sales were not one big sugar rush, they were the fruit of years of continual community management, recognizing her niche audience and making them her first priority; rather than changing her product in hopes of catering to a wider audience. Years later, when her Kickstarter was pledged with 1.2 million dollars with bids ranging from $1 to $5000, the number of people who actually bid on it was 24,883 – roughly the same number of people who bought her first album.

Community management, PR and social media efforts in today’s hyper-connected world are of monumental importance. That is the very reason CEOs like Mark Zuckerberg (or their social media PR persons) personally respond to allegations like the one from Pakistani actor Hamza Ali Abbasi regarding the takedown of his protest post against Charlie Hebdo, calling out a plea for two way freedom of speech.

Another great example of social media community management is the revamped KElectric and their twitter presence. Granted that Twitter has a niche audience in Pakistan, but real time responses, even if they include words like “there is no update regarding your area”, are generating positive feedback for their efforts. Their Facebook presence, however, could use some help.

Amanda Palmer, like RadioHead and Nine Inch Nails, doesn’t contest the fact that digital content can be freely shareable. These artists came up with different ways to survive, sometimes freely distributing their albums on USBs at their own concerts, asking to pay what you want and sometimes using piracy enabling tools like torrents to sell $23.76 million worth of content (BitTorrent earning an additional $ 2.64 million as their commission).
These artists have demonstrated that without the implied expectation or entitlement of the return, the Share Economy depends on a many to many sharing model, that benefits all involved:

During her struggling years, Amanda Palmer spent five years standing on a box as the 8-Foot Bride Statue, sharing intense silent love poems with strangers, and learning about the human psychology through experience. In her TED Talk, Amanda F. Palmer sums up her ideology:

“My music career has been spent trying to encounter people on the Internet the way I could on the box, so blogging and tweeting not just about my tour dates and my new video but about our work and our art and our fears and our mistakes, and we see each other. And I think when we really see each other, we want to help each other.” 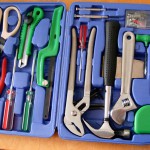 10 handy tools for startups on budget