Huawei to launch a bezel-less Honor device on December 5th 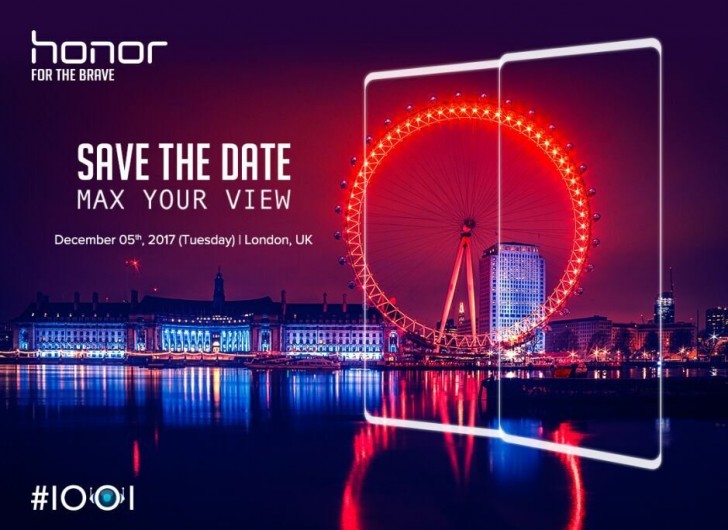 We can call 2017 a year of bezel-less smartphones. This new trend is bringing the size of the devices down and giving us more screen in a smaller package. So Huawei is also bringing a bezel-less phone to its affordable Honor series.

Huawei announced Honor 7X yesterday and another announcement is just around the corner. The company has sent out media incites for an event in London. The event will be held on December 5th and Huawei will launch a bezel-less Honor smartphone. It will be the first bezel-less smartphone in Honor series.

The invitation banner reads “Max your view”. From the looks of the phone, it is clear that bezels are almost nonexistent and the phone will come with a 2.5D glass on the front. The event also has an official hashtag #IOOI which suggests a dual camera (OO in the hashtag). Moreover, the second O modeled to look like a robot which also suggests that the new phone will be AI focused. Huawei has recently announced its AI chipset Kirin 970, there is a possibility that the new Honor phone will power that.

The image has 2 phones, so there is a possibility that Huawei will announce 2 phones on December 5th. What do you think? Will Huawei announce the Honor Note 9 or will it be some other phone?