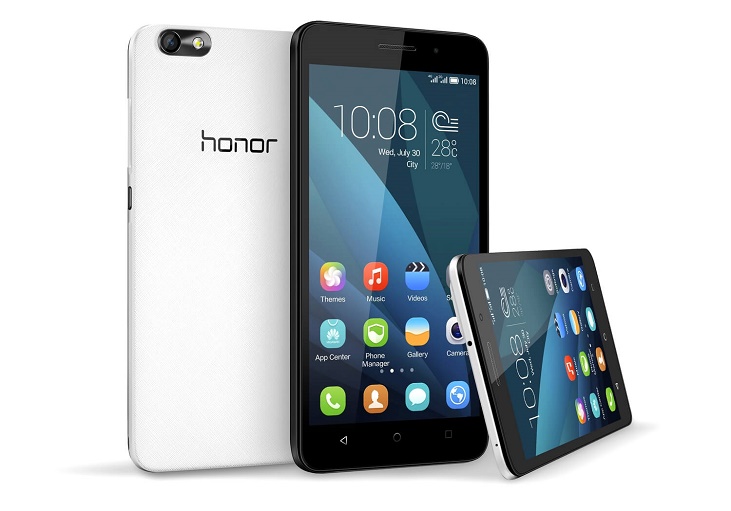 If you’ve watched Avengers: Age of Ultron then you may have noticed Tony Stark’s armour which has evolved so much from the prior version he had developed in captivity in the first Iron Man movie. I can say the same about Huawei’s budget smartphone of 2015.

The Huawei Honor 4C is Huawei’s latest offering in its budget smartphone line-up replacing the popular Honor 3C from last year. TechJuice gave me one to test drive and see if it has come up to the expectations or not.

My sister has been using an Honor 3C for more than a year now and I’ve used her phone on multiple occasions more than once. The 3C has a flimsy glossy back made with plastic. It clicks and squeaks when you hold it with a firm grip. But the Honor 4C is nothing like that. It feels good and solid in hands. It also has a plastic back but this time, the glossy finish has been replaced with a textured finish and it feels really good in hand. On the first impression, the phone looks and feels like a mid-tier phone instead of a budget phone and that’s a plus point right there.

According to Huawei, the phone is designed in Europe using services of world-class product designers and by the looks of the phone that seems to be true, especially the one in color white.

The front of the phone features a silver accented speaker grille in the center, front camera at the right, proximity and light sensors on the left and notifications LED on further left. That’s a pretty standard configurations for many phones these days. There are capacitive touch buttons in Lollipop style despite the phone being on Kitkat (we’ll get back to that bit a little later in the review). There’s considerable space from top bottom and sides of the screen. I was hoping for a bezel-less corner-to-corner display but I keep on forgetting this is a budget phone.

On the back, we have a 13-megapixel shooter at the top with Honor branding just below it and a loudspeaker opening at the bottom. The left side of the phone has nothing to show except for the silver trim of the metal bezel while the left side houses the power and volume buttons. The tactile feedback on those buttons felt good despite being a little delicate. The bottom houses a microUSB port with a primary mic just beside it while the top features a 3.5mm audio out jack. Underneath the removable back of the phone, you have a fixed battery, 2 micro-SIM slots and a microSD slot.

From the design point of view, this phone has everything at the right place and follows a standard layout like many leading smartphone makers. The overall build quality is extraordinary considering the price of this phone, however, the phone is a little heavy for its size and a word of caution for people who have a habit of using heavier phones while laying in bed. Trust me, I have a broken nose to prove the dangers of this habit.

The 5.0” IPS display on the Honor 4C will put many mid-tier smartphones to shame. The display is bright and provides excellent viewing angles all while providing decent sunlight legibility. The display renders colors accurately and everything looks lively on it. I was reading an article about depression on the phone’s web browser and even the people featured on the article looked happier on the 4C’s display.

Additionally, with a resolution of 1280×720 pixels, this phone has the perfect pixel density for your eyes. At 294 ppi, this is close to the so-called retina specifications Apple use extensively in marketing iPhones.

I believe the you will find Honor 4C’s screen as one of the best screens in this price range.

A few years ago, Point and Shoot cameras were used extensively but smartphones have made them obsolete. Now people either use smartphones or DSLRs for taking photographs with nothing in between that. A good camera smartphone will sell better these days no matter if it is in budget or not.

The Honor 4C comes with a 13-megapixel camera with a single led flash at the back and a 5-megapixel wider-than-most front facing camera. Surprisingly, both the cameras surpassed all expectations for both image quality and color rendering.

The 13mp back camera takes great photographs in both good daylight and artificial light. However, like many other camera phones, it becomes useless in bad lighting conditions such as dimly lit places like streets and parks at night. It does not mean mean the interior lights of most houses.

If you like taking photographs from up close, the back camera of the Honor 4C will not disappoint you. In my experience, the closeup shots were particularly the best shots of this phone. The camera focuses on the object perfectly and smoothly blurs the background. Now, don’t expect DSLR-like quality.

The front camera works like a charm in both good and dim lighting conditions. I was amazed at its performance in my dim-lit room where even the front camera of my OnePlus One flips me. Not only that, but the Honor 4C’s front camera is wider than most phones out there so if you are into, for lack of a better word, groupfies, you will be really impressed with its field of view.

Android allows phone makers to customize the interface on the Android core and like all other phone makers except for a few, Huawei also customized the software for its phones. Huawei’s custom interface is called the Emotion UI and on the Honor 4C, Emotion UI 3.0 is installed over Android Kitkat (4.4.2) with planned upgrade on Android Lollipop (5.0x) in the next 3-months according to international reports (and that’s why you have Lollipop style buttons on the phone).

I reviewed the Ascend G7 from Huawei previously and it also had the same interface. I liked the interface on that one and I like the interface on the Honor 4C. It looks beautiful. It has subtle animations, lots of whites in accordance with material guidelines and translucent effects all over it. The overall interface is very reminiscent of Apple’s iOS (there’s no app drawer, you get quick control from lock screen for music, flashlight, etc.) but that’s not bad. People love iOS and I am sure people will love the EMUI 3.0 of the Honor 4C too. It does not look like an empty-headed effort from a Korean phone maker, it looks polished and it is a much needed upgrade from the Emotion 2.0 interface from the Honor 3C.

The phone comes with dual-SIM support with dual stand-by but unfortunately both the SIMs only support 3G bands; there’s no 4G/LTE support, so if you are a Warid user, this phone is not for you. But for others, I will recommend only running a single SIM on it. Although, the dual stand-by is great but I had trouble using data networks.

Let me explain my concerns in detail here. I was running ZONG and Warid SIMs on it with ZONG set as my primary SIM. Whenever I turned off Wi-Fi, the phone took a while to switch to data network and many times it required me to restart the phone for data network to work. However, as soon as I removed the Warid SIM from phone and switched to single network mode, the data started working flawlessly. The switch from Wi-Fi to data was swift and there was no problem with it whatsoever. And this was not specific to Warid SIM only. I change places of the SIMs and ran it on Warid only too and it worked normally. And this was not specific to Warid SIM only.

The phone is powered by a 1.2 Ghz Octa-Core (eight-cores) 64-bit processor on a HiSilicon Kirin 620 chipset. Both the chipset and the processor are built by Huawei itself like the Exynos from Samsung. The 64-bit processors are overkill since the Android operating system only supports 32-bit computing. Also, there aren’t many applications available that will take advantage of the eight cores of this little spec monster. So we have a phone that has a lot of potential but it seems a clear waste of energy. The phone manufacturers need to keep in mind that hardware is only capable when it has a supporting software to mate with and vice versa. Just look at how iPhones perform with 1.3 Ghz Dual-Core processors. In some cases they have surpassed the performance of many Quad-Core processors in real word scenarios.

But all that doesn’t mean this phone is not capable. The phone’s power is all you will need for your daily smartphone rituals like using WhatsApp, sending texts, making calls, listening to music, playing games, browsing, etc. The performance won’t amaze you but it won’t leave you wanting for more either. With a 2GB RAM, the Honor 4C has just the right amount of computing power that will make you happy for the price you paid for it.

Heavy games like The Amazing Spider Man 2 and Asphalt 8 lag a little but games like Subway Surfer, Temple Run 2 and Highway Rider work pretty darn good, though they too make the phone run really hot.

Overall, from performance point of view, the Honor 4C will not disappoint any regular budget smartphone users, but it will leave much to desire if you are used to flagships phones and using this as your primary phone out of compulsion or fear of Na Maloom Afraad.

The Honor 4C comes with a non-removable 2550mAh battery that would last close to or more than a full day depending on your usage. On my usage, it gave me a little over 4 hours of screen on time with an overall battery time of 16.5 hours. My usage consist of an hour or so of calling, moderate texting, social media, emails and browsing. Only a phone that can provide a little over 5 hours of screen on time lasts me a full day. Anything below that requires me to charge my phone by mid day. So in my opinion, the battery life could have been a little better for heavy users. However, if you are a moderate smartphone user and don’t check your screen frequently, you will find the battery life on Honor 4C more than enough.

There aren’t many phones in the market right now that gives you a beautiful display, outstanding camera quality and acceptable performance at a reasonable price. The Huawei Honor 4C is one such phone that gives you all of them with an added superior built quality than its competition. It has a great 5” display that offers good resolution,13MP back and 5MP front cameras, both of which are outstanding. It also offers 2GB RAM with Octa-Core processor that give you acceptable performance. All of that with a price tag of 21,000 rupees. However, the phone is not perfect, like most of us. The lack of 4G and average battery life leave much to be desired.

Given the price, specs and build quality, the Honor 4C comes out as a winner and a recommended buy if you are looking for a phone in this price range. 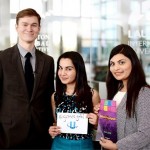 The brave Pakistani woman who changed video gaming landscape with her startup, GRID