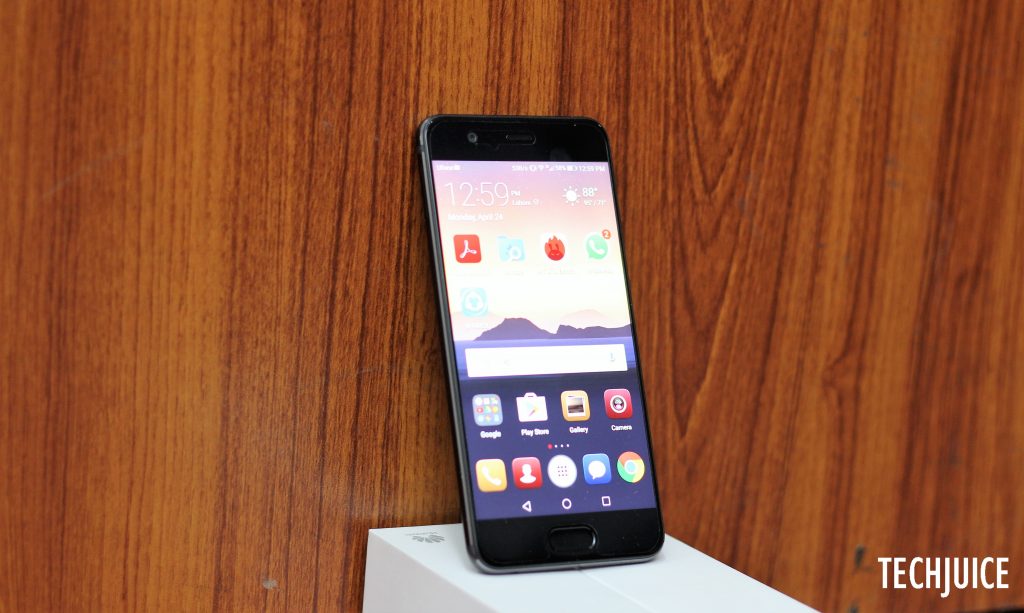 Huawei has quickly made its name as a budget company. Providing good specifications in low prices is their forte and people usually associate Huawei with products lying below PKR 30,000 price line and most of these devices are essentially feature rich for their price bracket. Things, however, have started to change over the past few years. With devices like Honor 8 and P9, Huawei has tried dabbling their feet in the high-end devices too. While they haven’t been as successful as Huawei’s cheaper offerings, critical acclaim has generally followed suit. 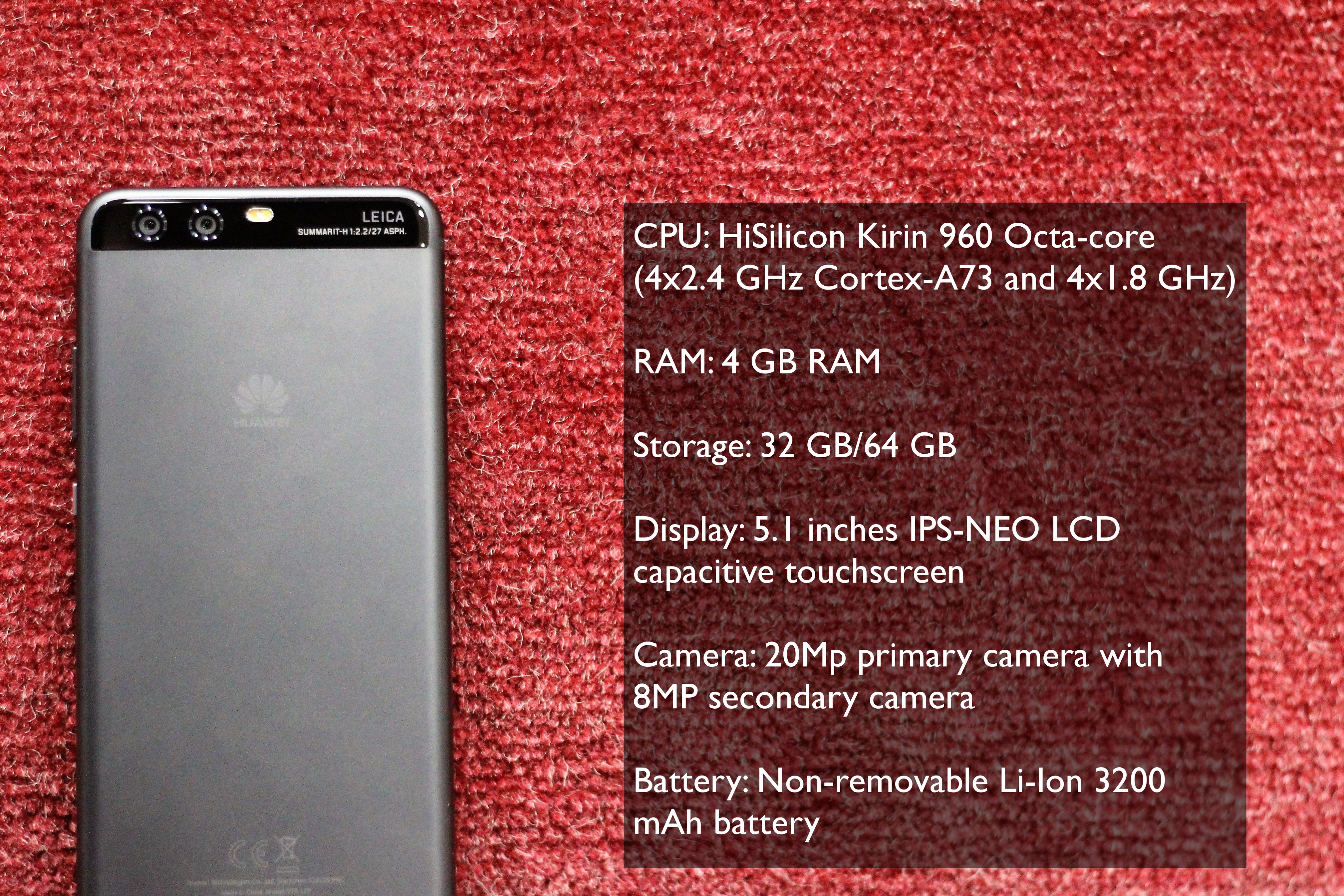 With Huawei P10, Huawei hopes to continue this high-end take with some interesting camera features. Let’s have an in-depth look to see how this smartphone performs as compared to other high-end offerings.

Before going any further, let’s take a look at an overview of some good points of the device:

As is the case with every other phone, not everything is perfect with this device. Here are some issues with this phone:

Like most other Huawei phones, P10 is packed to the rafters with accessories. Along with the device, you get these things out of the box: 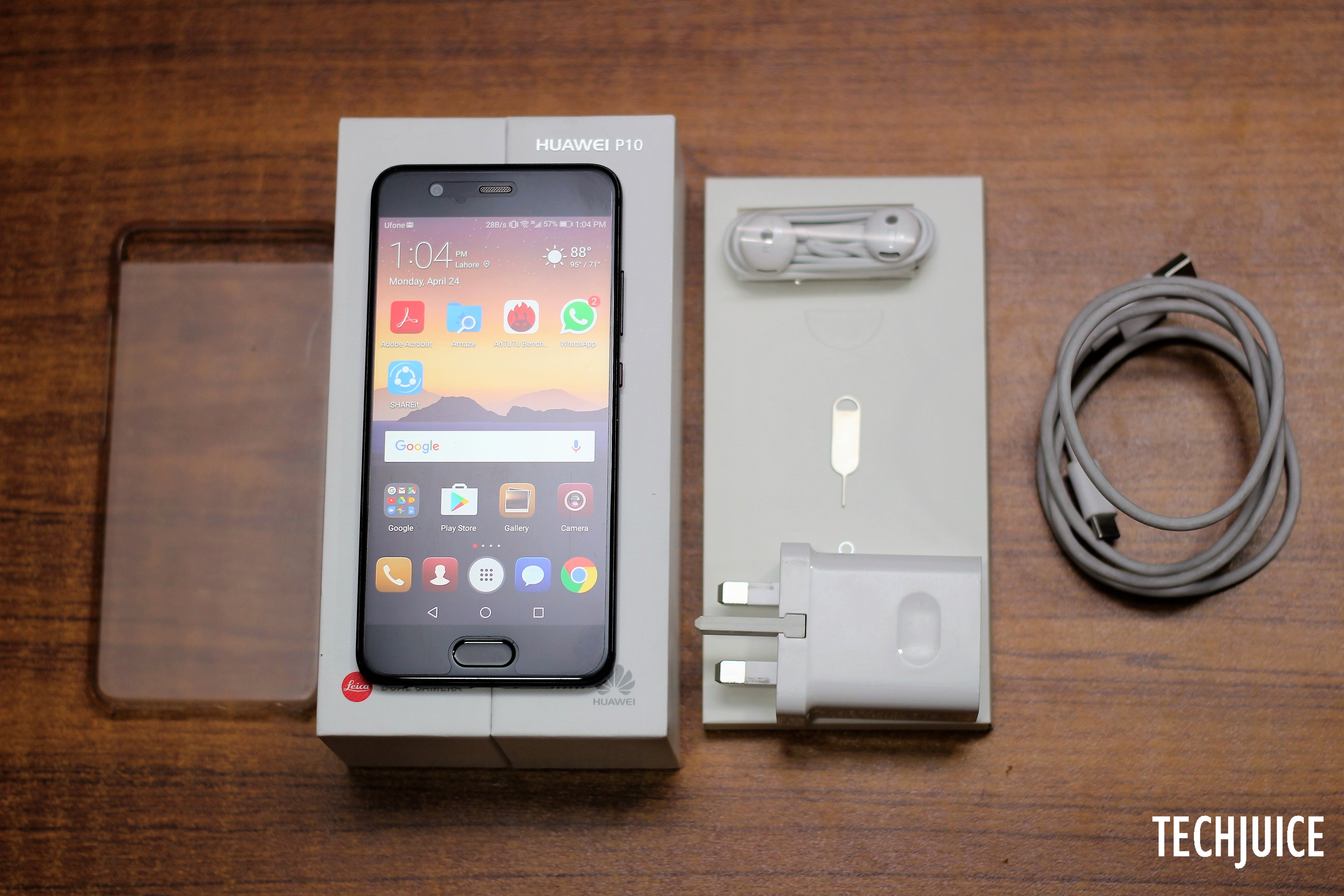 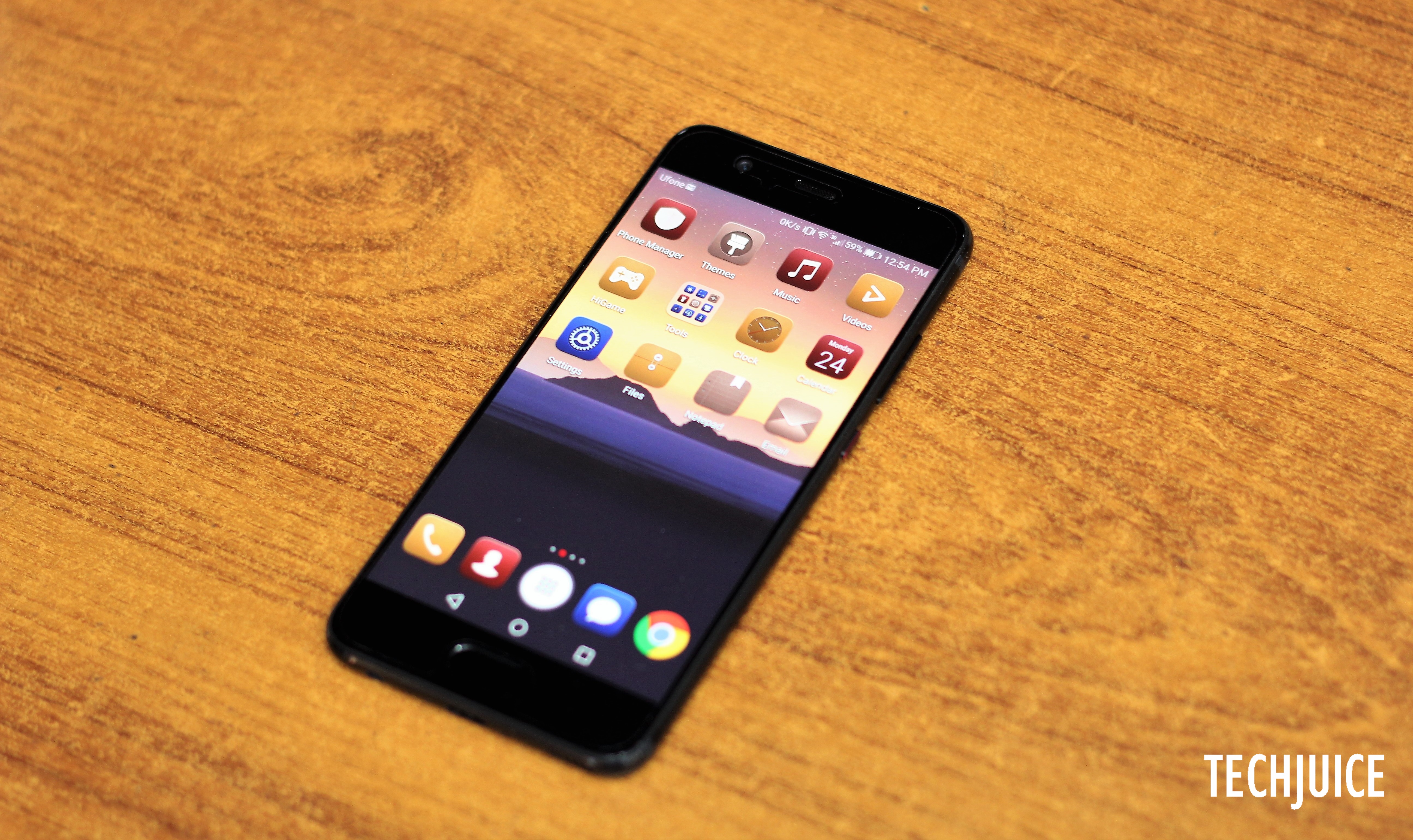 Huawei P10 has a metal back with a visor on the top which is quite similar to Nexus 6P. Unlike Nexus 6, however, the camera is flush in the back and isn’t raised above the body. The back seems sleek and clean looking with a dimly engraved Huawei logo at the bottom and a LEICA logo at the top of the camera visor. The device feels very well built and solid in hand. It may feel bland and dull at first but as soon as you start using it, you will appreciate the good balance it gives you in hand along with the smooth corners. 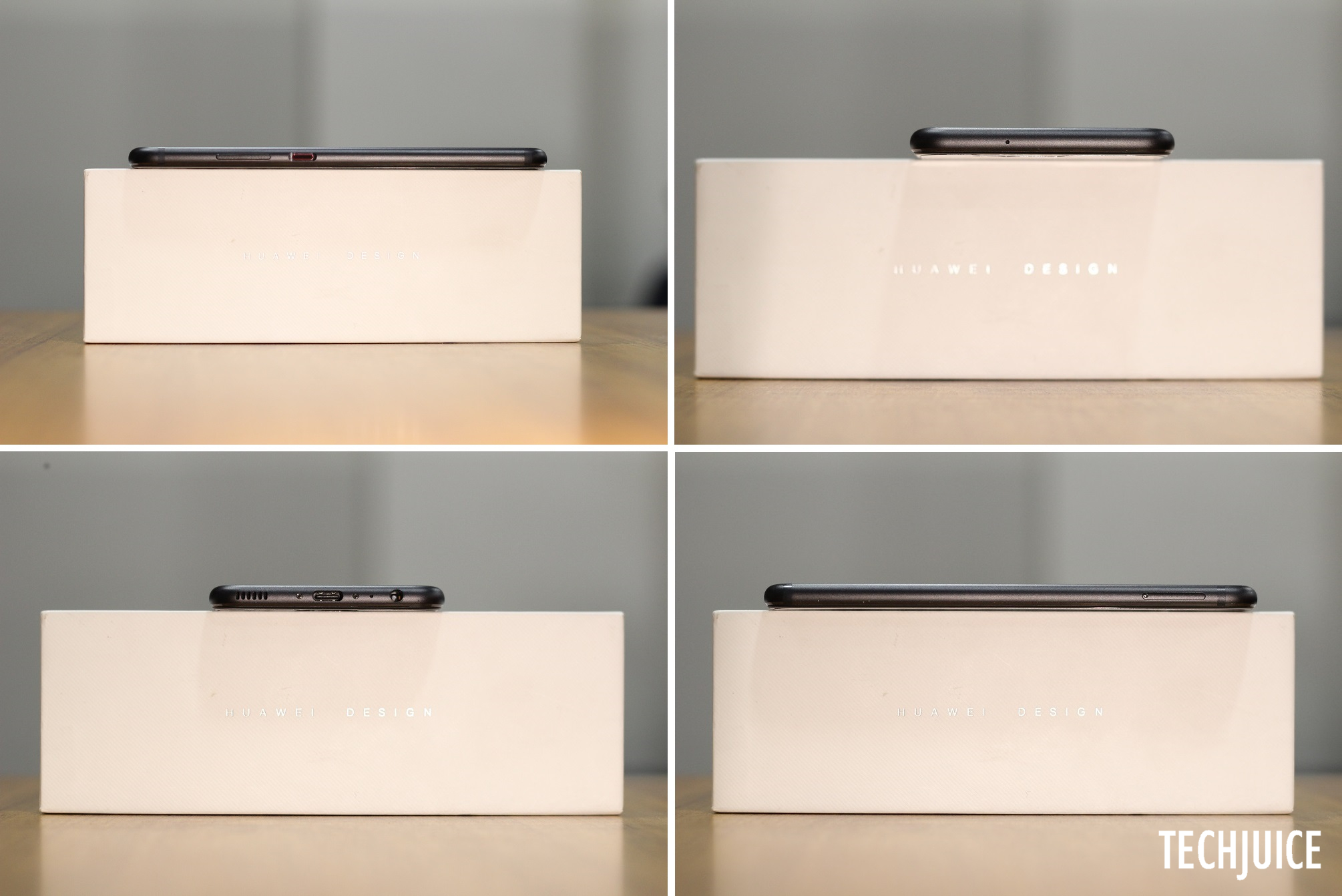 A user new to P10 is bound to have one main issue from the get go of this smartphone — the front mounted fingerprint sensor. Although giving off a look similar to Apple’s signature home button, it is not a real pressable button and thus can’t actually be used as a traditional home button. I went through a good number of accidental presses of this sensor before getting used to the fact that it wasn’t a button. However, through some clever engineering by Huawei, it can be used as a sort of multi-purpose button. By activating the option from the settings menu, you can tap to return to return back, long press to return to home screen, swipe left to open the multitasking view and swipe up to access google assistant. It works relatively well in this mode, but it was still awkward for me to use and I had to revert back to software buttons after a short testing period.

Huawei opted to use a 1080p IPS-NEO display in this device. In simple words, it gets the job done. It might not flaunt a QHD display; and let’s be honest, at 5.1 inches, it doesn’t even make a difference if a 1080p or a 2160p display is used. The display is a little bit small for my taste, but I know a lot of people who are pining for a smaller display in this age of phablets. Colors are good and text is sharp. Brightness might seem a bit low in outdoor conditions but is definitely manageable. I did find the colors to be a bit too warm at first, but Huawei gives a color calibration option in settings. 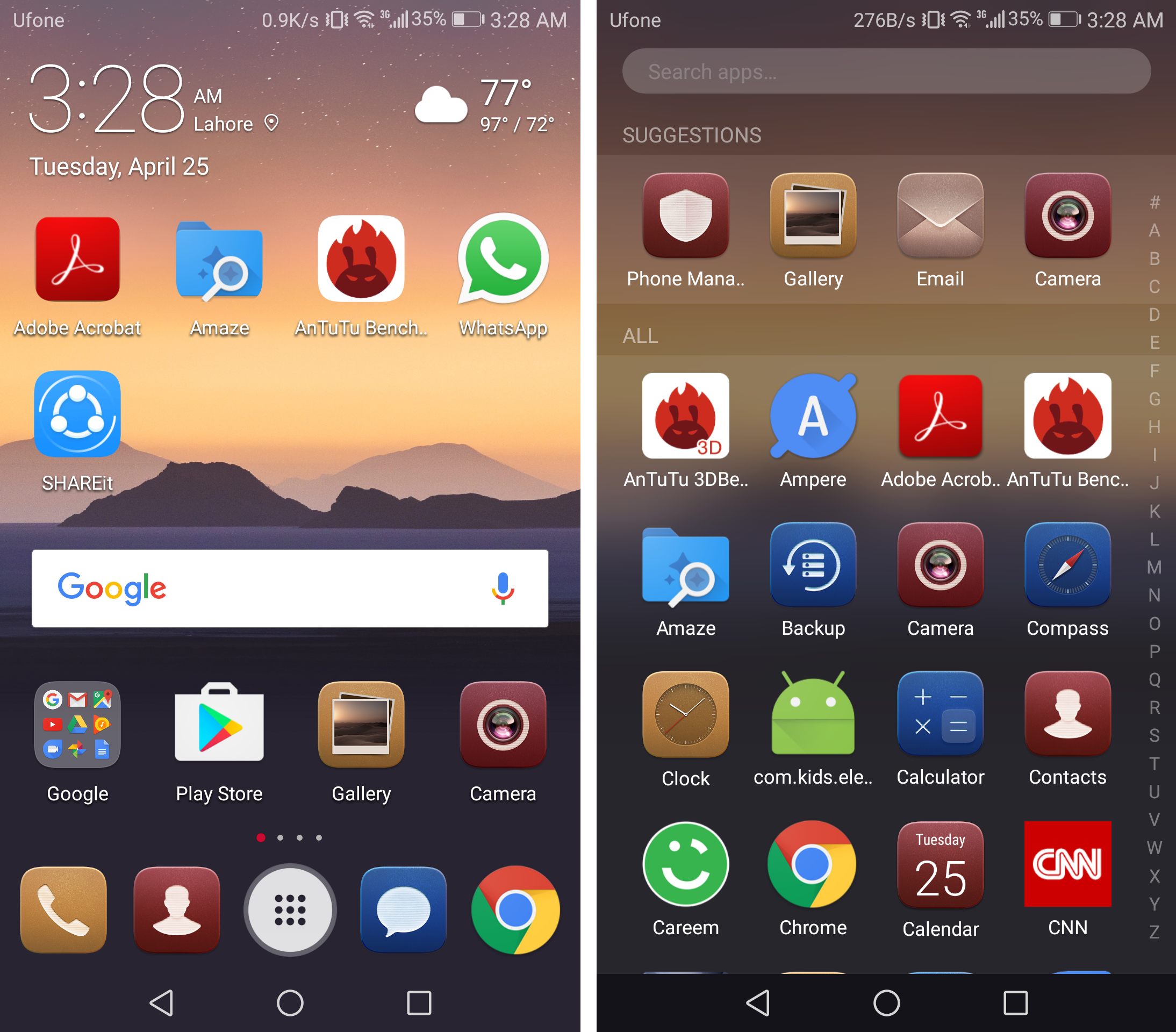 P10 packs the latest and greatest software from both Huawei and Google (well, almost latest, if not the latest). With EMUI 5 and Android 7.0 Nougat, things run pretty smoothly on this device. With the latest version of EMUI, Huawei has tried to invent a more balanced look between Android and its iOS inspired look. Overall it works pretty well for any average consumer. Me? I prefer my Android stock, but I was still able to get used to it within a matter of days. 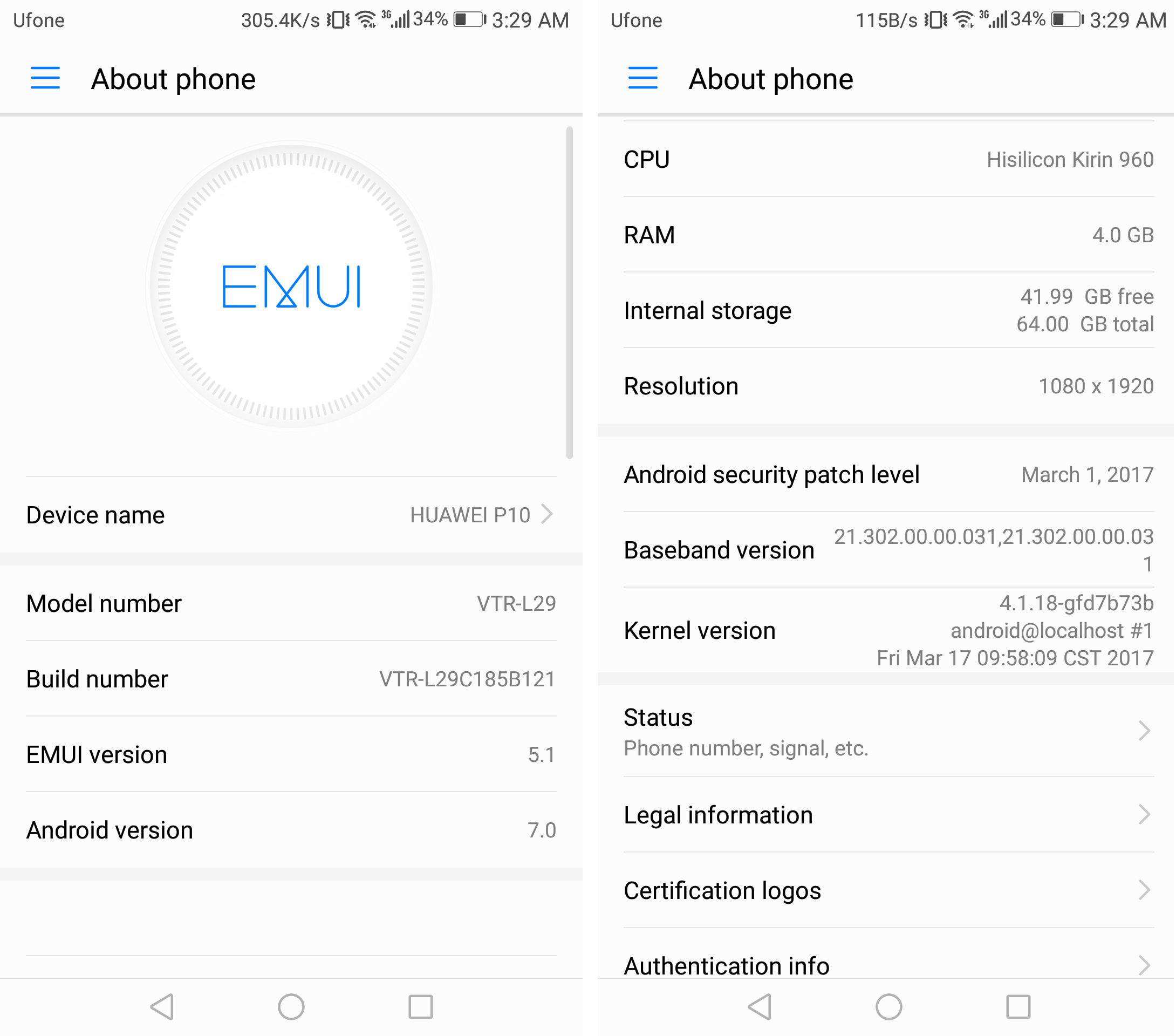 In addition to stock Android Nougat features, Huawei has also included a couple of useful features here and there. Its device management features keep track of potential issues with device performance and duly tries to fix them. Huawei has also added a pretty useful network manager which automatically and intelligently switches to Wi-Fi or data connection. There are numerous other features here and there which makes the whole user experience much more enjoyable. 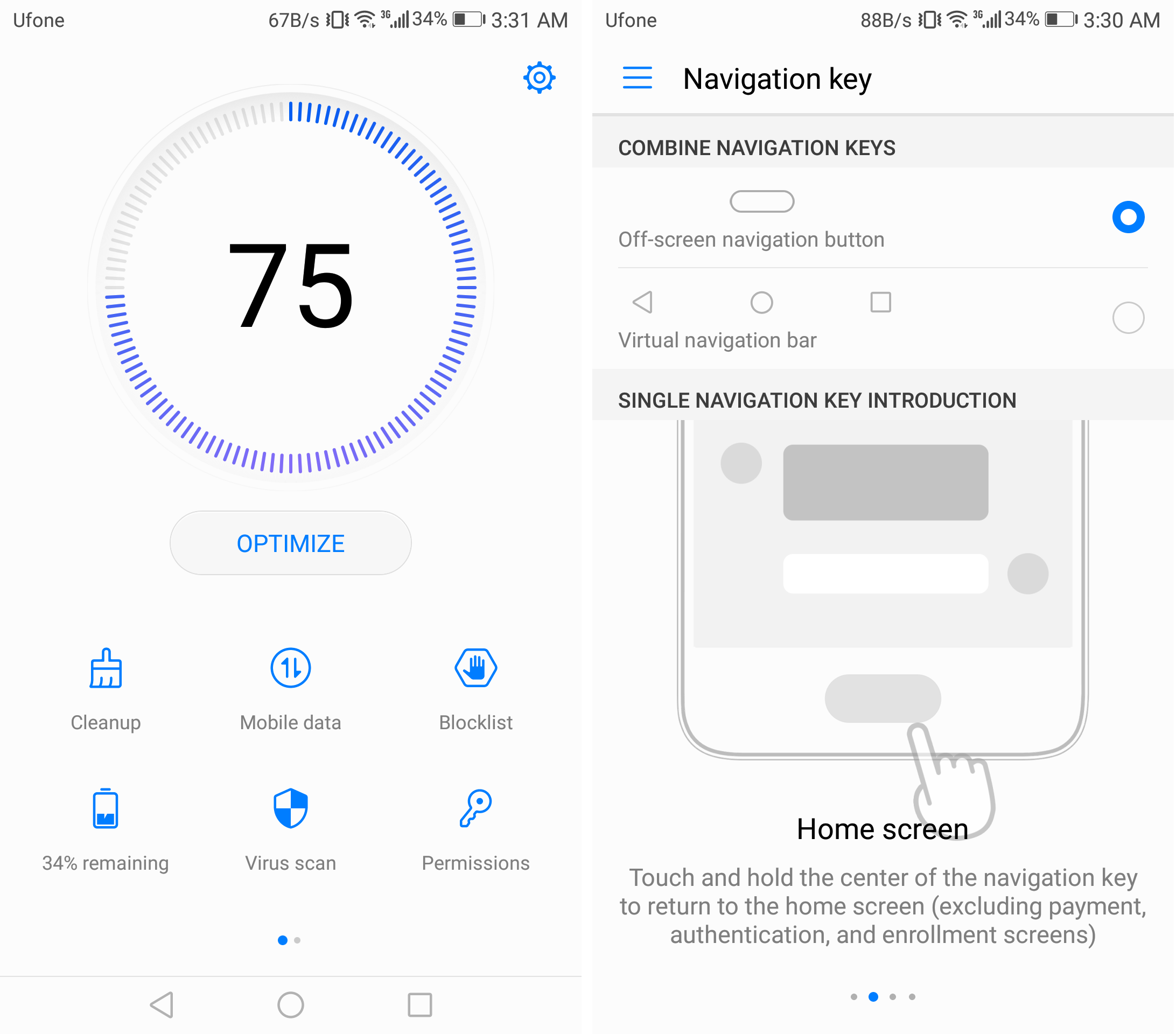 Huawei P10 with a very solid Kirin 960 chipset and Mali-G71 MP8. Coupled with 4GB of RAM, it flies through every task thrown at it. Now it is a fact that some P10 devices are slower than others due to unavailability of parts. So if you want to buy one for yourself, make sure that you are getting the correct version for your cash. 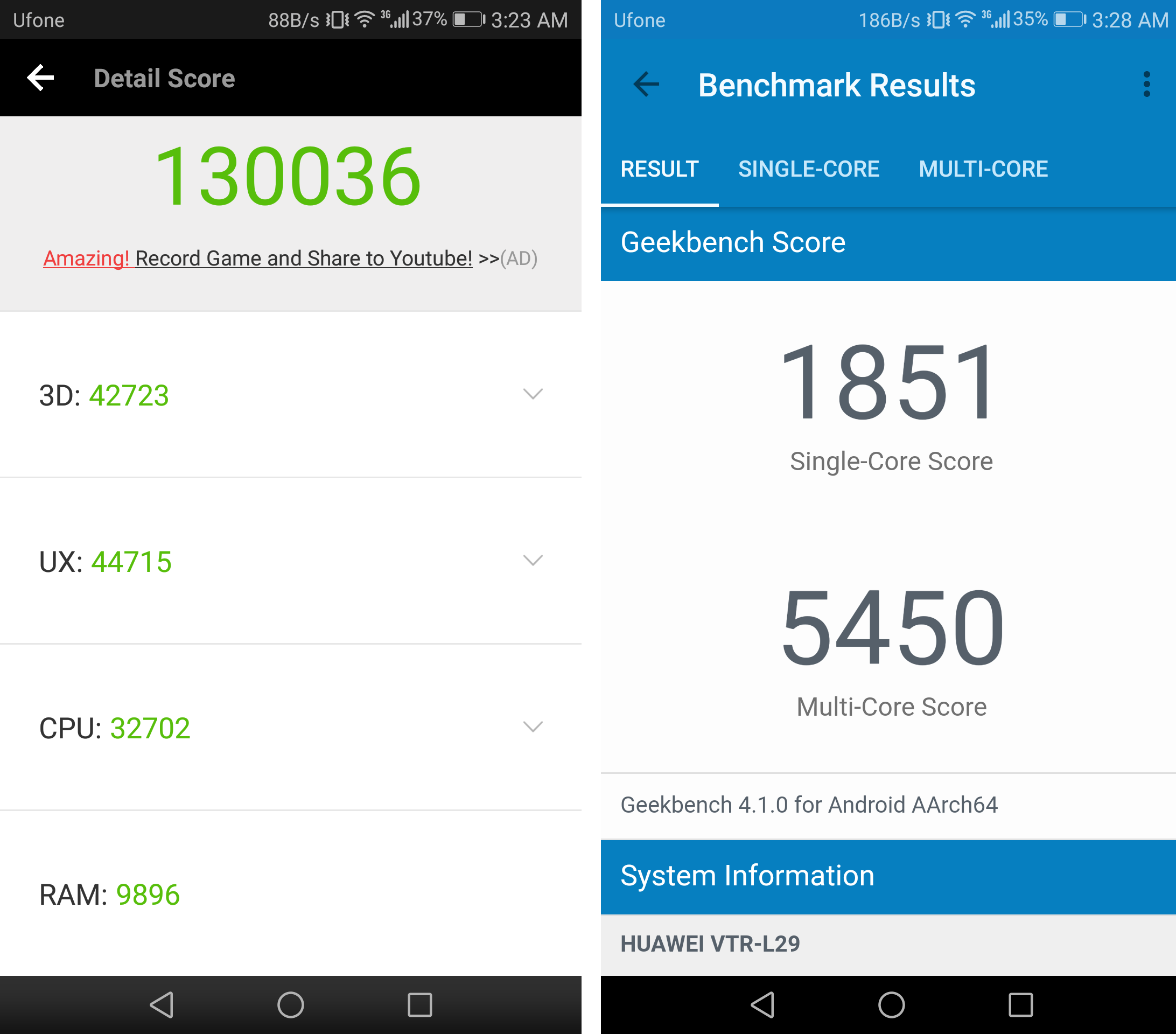 The high-end chipset has a disadvantage though. Despite having a 1080p screen and 3200 mAh Li-Ion battery, you will probably struggle to get a good day of use from this device before it running out of juice. The screen on time is also pretty average with it residing south of 5 hours most of the time. A high-end smartphone should last much longer in this day and age. The only good thing about battery life is that the “Super Charger” that Huawei provides with this device is pretty quick to refill. A charge of about 10-15 minutes can give you 4-5 hours of usage on the device. 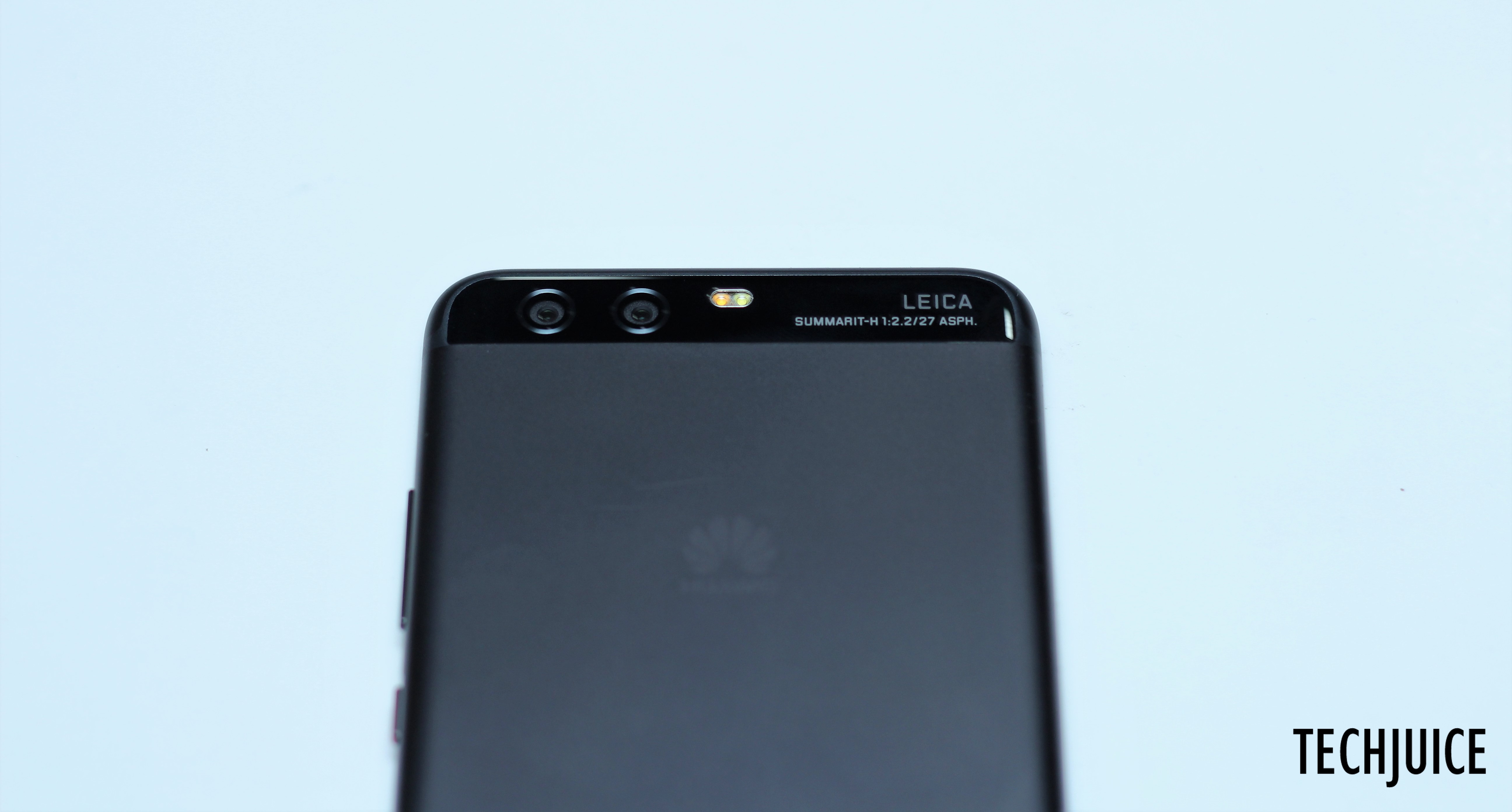 Let’s now come to the main attraction of this device — the dual lens LEICA camera. LEICA, if you don’t know, is a well-known professional and sports camera manufacturer. It is the first time that a LEICA lens has been used in any smartphone device. As expected, the results are pretty impressive. With the dual camera setup providing a cool “bokeh” effect, and with good color production and sharpness of LEICA lens, this phone takes some pretty good pictures. The camera app by Huawei also offers some impressive shooting modes and options to help users take better pictures in low light conditions. 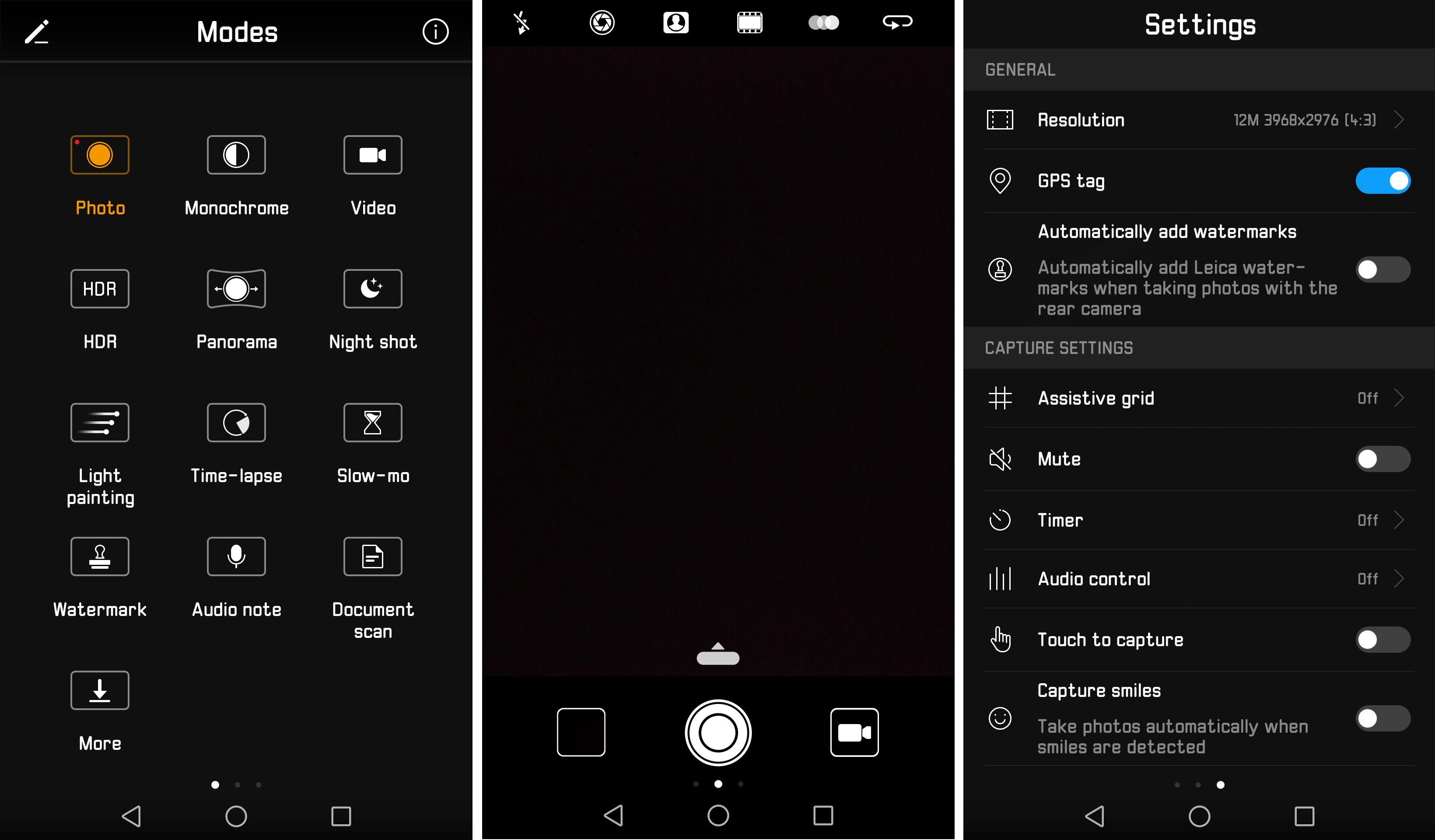 The front camera is also nothing short of being impressive. The 8MP f/1.9 aperture camera works pretty well in every light condition and captures some nice looking selfies. Some clever camera tweaks by Huawei also help in taking group selfies as the camera automatically zooms in and out to get the most number of people inside the frame. Overall the camera gets a big thumbs up from my side.

Coming towards the big questions, is this phone worth your money? This is not an easy question to answer and probably will differ according to user’s needs. Although Huawei has tried to build a very solid device with some interesting camera hardware, it falls short in some key areas. For a phone of price around PKR 55,499 in this day and age, lasting barely even a single day on a full charge is not an acceptable proposition. Combined this with its relatively smaller screen, it falters somewhat in comparison with its competitors in this price range.

Not to say that this phone does not have its positive moments. Its camera can easily rank among the best in the market and its performance is definitely above what we should expect at this price range. Its fingerprint reader is quickest and most accurate reader I have ever seen on a smartphone device. So, ultimately, given the pros and cons of the device, it is up to the users to decide if this device is worth spilling PKR 55,499 over other devices available in the market. 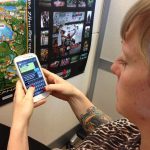