TechJuice > Mobile > Huawei will be aggressively marketing the Honor 20 despite U.S ban

Huawei will be aggressively marketing the Honor 20 despite U.S ban 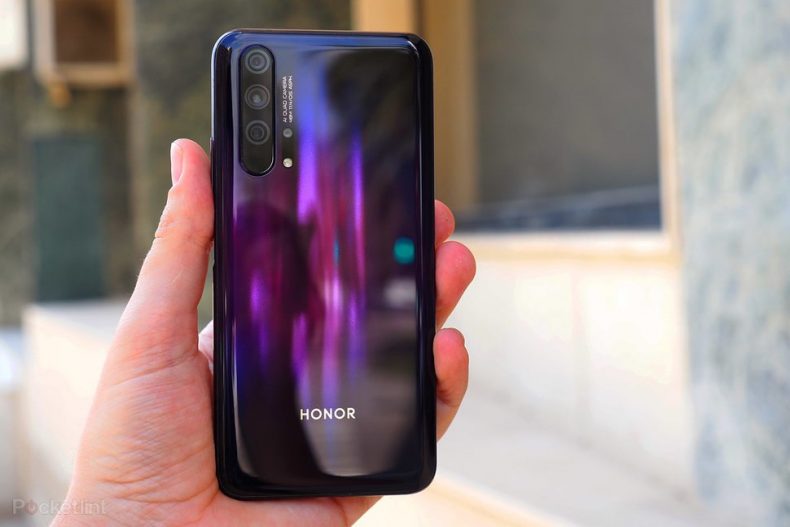 Prior to assumptions and rumors that Huawei might be dropping the Honor 20 worldwide launch altogether after it got banned by Google, Huawei has just released a statement that they are not pulling back the Honor 20 series, rather they will be aggressively promoting the product throughout the world.

The news comes hours after the Honor 20 reached 1 million sales 14 days after its launch in China and Huawei used this milestone to launch the Honor 20 Pro. Talking about the specs of the vanilla Honor 20, it is powered by an Octa-Core HiSilicon Kirin 980 processor clocked at 2.6GHz paired with 6GB RAM and 128GB non-expandable storage. The Honor 20 comes with a Quad-rear camera lens with 48MP, 16MP, 2MP and 2MP sensors with ultrawide and macro-camera sensor capabilities. The front camera has a 32MP sensor. The phone is powered by a non-removable 3750 mAh battery.

In regards to the Honor 20 Pro, it has roughly the same specs except the RAM has been bumped up to 8GB with 256GB non-expandable internal storage. The camera configuration is now 48MP, 8MP, 16MP and 2MP sensors with the same ultrawide, depth sensing and macro-camera sensor capabilities. The phone’s battery is also bumped up at 4000 mAh.

Rumors were floating around that Huawei might cease the global launch of Honor 20 but a spokesperson officially communicated to TechRadar that all these rumors are baseless and that Huawei will be aggressively campaigning for the promotion of the Honor 20 series worldwide.

Will you be willing to buy the Honor 20 if it comes to Pakistan despite the U.S ban?