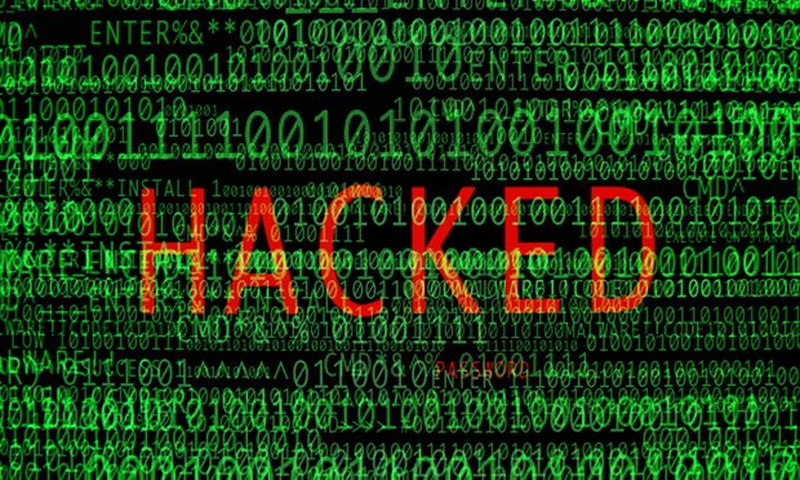 A group of Pakistani hackers who identified themselves as “Alone Injector”, have allegedly hacked India’s anti-terrorism website, nsg.gov.in, which is currently unavailable and showing the message “This site can’t be reached”.

Hackers have targeted Prime Minister Narendra Modi with an abusive message and an image of Indian Police thrashing Kashmiris, accompanied by a statement that reads “Free Kashmir”. The message stated about surgical strikes and also referred to 1965 Pak-India war. 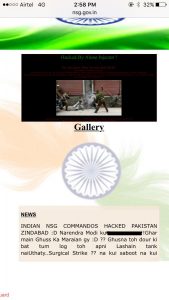 The website went offline as soon as the Indian Government took notice. Hackers didn’t take down the entire site, only main page was replaced with the message. 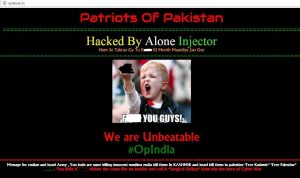 Recently, the servers of Indian Institute of Technology (IIT) were hacked by anonymous hackers, with a message that read “Pakistan Jindabad”. Also in December, a hacker group targeted the Twitter handle of Congress Vice President Rahul Gandhi. In October, during all surgical strike hype, Pakistani hackers hacked into Indian planes and forced them to listen “Dil Dil Pakistan”. 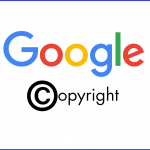