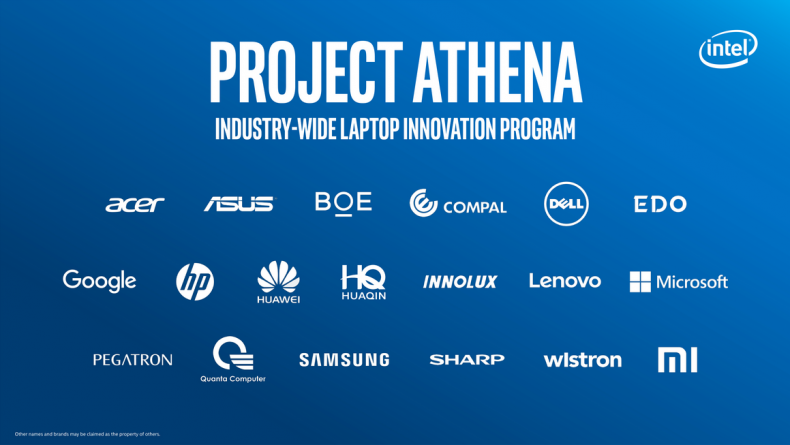 Intel’s Project Athena is all about enabling tech manufacturers to bring cutting-edge technologies like 5G and AI to personal computers.

Being a front-runner when it comes to developing processors and other chipsets for the PC industry, Intel is redefining the next-generation laptops through its new project. Dubbed as Project Athena, this new venture by Intel focuses on building the next-generation of its laptops, improving big time on their connectivity and processing capabilities. Intel says that it has entered into a collaboration with other tech giants from the industry including Acer, Asus, Dell, Google, HP, Lenovo, Microsoft, Samsung and Sharp.

According to a conversation Intel had had with PCWorld, it told that the first line of Anthena-powered laptops will be released in the second half of this year. Speaking about the concept of this new technology, Newman, the GM for Mobile Innovation at Microsoft mentioned, “..three key experiences that we can deliver on the laptop. One is a better ability to focus, the second is the ability to adapt to people’s changing needs and roles as they move throughout the day. And then the third thing is that the laptop has to be always ready.”

As far as the key technologies in this new project are concerned, the laptops would feature AI to assist its users. Like, for example, the PC would be intelligent enough to open related files as one particular data file is opened. The laptop would also be able to maximize its battery in order to accomplish its “always ready” goal. The device would let the user work with several applications working simultaneously, that would all go to sleep as the lid is closed. Intel also plans to ultimately move on to 5G and WiFi 6 technology.