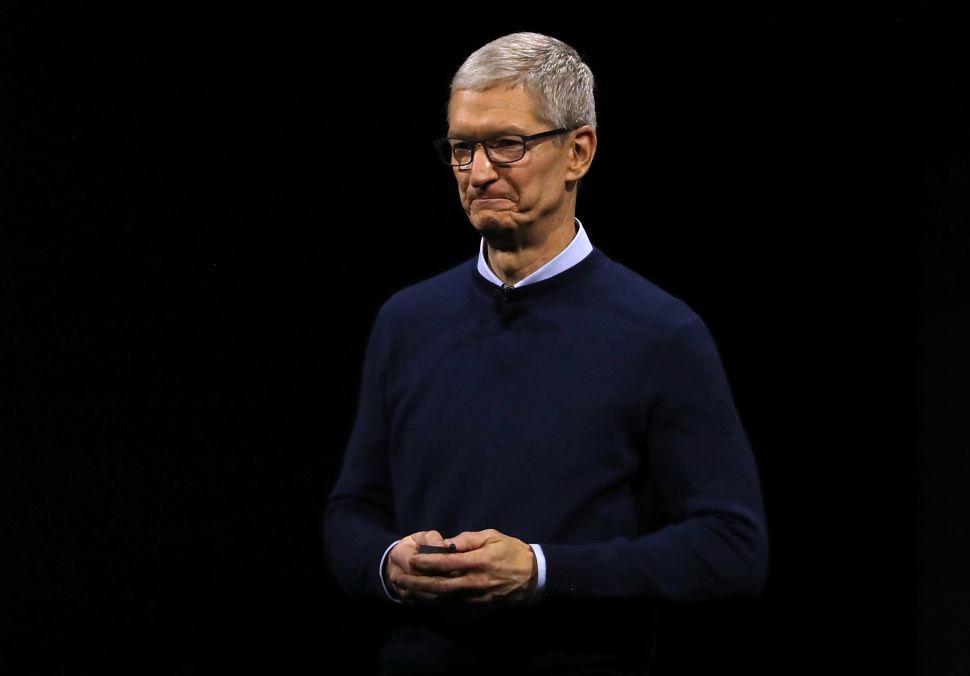 Big phones and unexpected explosions have been a growing trend in recent times. It all started with the unfortunate Galaxy Note 7 which shook the smartphone market with violent explosions and spontaneous battery combustion. The recent news regarding smartphone explosion comes from Apple’s iPhone X which seems quite surprising since Apple never uses huge smartphone batteries, which is perhaps one of the few criticisms it receives from its critics. Early details about the explosion point towards the iOS 12.1 update being the main culprit behind the unfortunate incident.
A Twitter user recently tweeted about the explosion and uploaded the pictures of the affected iPhone X. The pics, which displayed a brutal explosion, went viral and forced Apple to reply to the tweet with a statement that said: “That’s definitely not expected behavior. DM us, so we can look into this with you.” 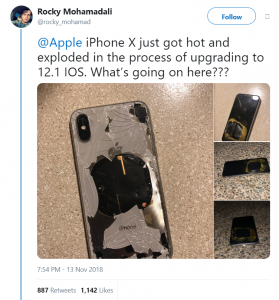 According to Mohamadali, his phone started heating overwhelmingly during the update to iOS 12.1 and after sometime exploded. However, this is not the first time there has been a case of exploding iPhone. Over the years, there have been many instances and reports where many Apple users have reported about their iPhones exploding. Many attribute this to the nature of lithium batteries in iPhone which can fire both very sudden and extremely fierce, meaning that the ‘exploding’ terminology is understandable. Such fires are extremely rare but will happen to any device selling in the tens of millions. A notable mention should be about Galaxy Note 9, which also came under fire (no pun intended) recently when a woman in New York was carrying Note 9 in her purse and had to throw it away as fumes were coming out of her purse because the battery being combusted. Many speculated that this might start a chain cycle of explosions just like the Note 7, but nothing has happened since and it seems that it was that one in million units which had a bad lithium-ion battery. 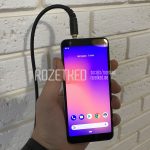