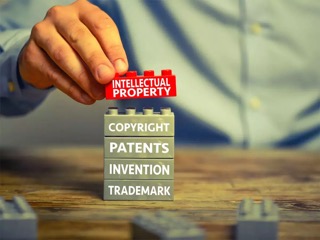 Overseas Investors Chamber of Commerce and Industry (OICCI) has announced the key findings of its latest Intellectual Property Rights (IPR) Survey. Overall, 37% of the respondents indicated that it takes 1 to 3 years to resolve a standard IPR dispute and 22% stated that it takes more than 5 years. Respondents also expressed concern regarding the penalty on IPR violation being insignificant and not sufficient to act as a deterrent. Moreover, the IP Tribunals were not fully functional in all three major cities of Karachi, Lahore, and Islamabad.

The OICCI IPR Survey 2021 conducted in late 2021 reflects the assessment of the foreign investors, on the state of intellectual property protection in Pakistan. Effective protection of IPR comprising of Copyrights, Patents and Trademark is critical for attracting and retaining Foreign Direct Investment (FDI) in the country.

The foreign investors participating in the survey showed higher satisfaction (from 17% in 2020 to 37% in 2021) on IPOP, the IPR regulator in Pakistan, and have urged IPOP for taking a more leading role in ensuring the effective IPR regime in the country. OICCI members have asked IPOP for support in strengthening IPR regime by automating and fast tracking the process of registering IP, massively promoting awareness on the importance of IPR and its impact for business/investment, and in improving the skills of LEAs to proactively stop the abuse of IPR.

Currently, all the OICCI members rely on their own resources for monitoring threat of IPR violations. However, there is a great desire for all the IP owners to work in partnership with the government authorities for a better IPR regime in Pakistan. Serious lack of awareness and appreciation about IPR, lengthy timelines for granting IP rights, long drawn judicial proceedings, inadequately trained staff at LEAs and low penalties prescribed under IPR laws for IPR violations, were some of the key concerns highlighted in the survey. Irfan Siddiqui, President OICCI, while commenting on the survey results shared that “Foreign investors’ concerns on the effectiveness of IPR regime are supported by the loss of revenue which as a percentage of organization’s three-year turnover ranges from 1% to 30%. This in turn is causing significant loss to national exchequer as well”.

Concluding the OICCI IPR Survey 2021 results, CEO / Secretary General OICCI, M Abdul Aleem expressed his concerns on the low level of attention by key stakeholders being given to IPR. He added that “More than two-third (2/3rd) of the respondents feel that the issue does not fall amongst the top priorities of the Law Enforcement authorities (LEA), government, media and even the public”. He emphasized that IPR protection is a collective responsibility and called all the key stakeholders especially the media and government authorities for support in this regard. 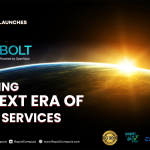