According to reports from WealthPK, the government of Khyber Pakhtunkhwa has shown interest in transforming the present public and private transportation into an electric transportation system powered by solar energy, which would be environment-friendly beneficial, and cost-efficient.

A member of the Khyber Pakhtunkhwa Board of Investment and Trade (KPBoIT) revealed to WealthPK that the government is eager to implement a solar-powered electric transportation system that is also cost-effective, environment friendly, and beneficial to the community.

He stated that if the project is effectively carried out, it will be transformative for the province of Khyber Pakhtunkhwa. According to the official, the undertaking would not only lessen the carbon imprint but will also cut down the import of crude oil. 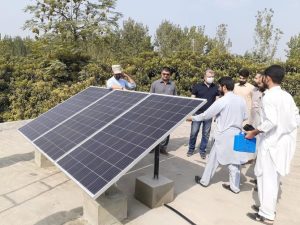 It is believed that the strategy will be put into action in three distinct stages. He indicated that the initial step would be to concentrate on the electrification of public transportation, then move on to the introduction of an e-taxi service, and then to the electrification of private automobiles. Earlier this year, the Memorandum of Understanding (MoU) about the project was signed during the Dubai Expo.

According to research conducted by WealthPK, the organization plans to implement the idea by constructing solar energy plants with a total capacity of ten megawatts in each of the three economic zones. The economic zones of Bannu, Jalozai, and Karak will be the locations of the construction of these plants. The businesses inside these zones would be the recipients of the electricity that the solar power plants generate.

Installing solar panels within special economic zones (SEZs) would improve the general environment for conducting business in the province. Still, it will also ensure that these zones have a constant electricity supply.

When it comes to determining the price of manufacturing, the most important issue in the industrial sector is energy consumption. When compared to more traditional methods of energy generation, the cost of producing solar energy is far cheaper. Consequently, lowering the cost of manufacturing is going to be the key to making local industries competitive with those of other nations.

This program will ultimately not only help to provide environment-friendly green energy to the industrial sectors in the province but will also draw local and international investors to the province. 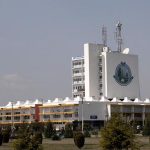