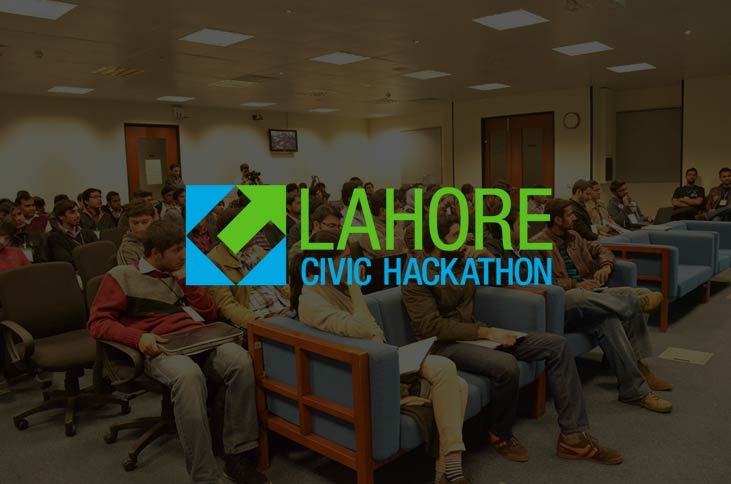 The 2nd Day of Civic-Hackathon: Lunch break over, all workshops conducted, the atmosphere techi; and all teams busy  hacking to produce the best out of their ideas. Perfect time to indulge the participants in an interactive session, NO?  So, without wasting a single more moment, team The AppJuice availed this opportunity and conducted an interactive session, similar to the one at Startup Weekend Peshawar. (If you haven’t gone through it yet, you can here) .  This time the participants were enquired of:

It was quite obvious that the participants were all very excited and so they readily responded to all the questions. Here is a gist of the session with each team:

– The team is working on “Police Information on Criminals”

-Team PIC proposed an idea to help police in the identification of criminals. It would firstly, require a user to register himself and then interact with the authorities by the way of images, over text messages or through emails. The idea intends to bridge the gap between police and the civil society. If the user spots a criminal, he can post the details using the aforementioned means of communication to inform the police department regarding it.

– The team’s spirits are high and they would continue with their project even if they do not qualify.

– They too will continue to work on their idea, even if they’re not selected.

– The idea is: “Traffic Monitoring”

-Through this project, the team wants to deliver information about traffic jams at signals and provide directions for alternative routes that can be taken to reach a destination. It would be a web based application through which a user would not only be able to inform other users about a traffic jam but will also help them take an alternative path.

-They also wish to continue working on this idea.

– This team’s project’s name is “Savari”

– The idea is to build a GPS based Application to share your ride with others. Sounds cool. The Application will be free of charge for the ones, the ride is shared with but the one who will share, would have to pay for complimentary stuff like coffee, soft-drinks or anything similar. After all, Sharing is Caring!

– If not selected. This team has similar views that is they want to release their product.

– Most of us encounter problems while preparing a Job Resume or Cover Letters for ourselves. The idea is to build CV generators. There would be match making of employees with companies and candidates can also be screened by the Alumni of any University.

– It’s pretty obvious that this team, if not selected, wouldn’t like to quit either.

– Their idea is “Visualizing Disease Data”

– The idea is to build an Android as well as a Web-based application, through which lady health workers will  keep an account of all types of disease-data and analysis of diseases spread out in any specific area.

– The team will continue to work on it, even if not selected.

– The project’s named as “Crime Mapping”

– The idea is to work on crime reporting through a sms-based service. It would provide means for reporting a crime for the public and help in bridging the gap between civilians and law enforcement agencies. This idea would also allow civilians to provide feedback of local policemen to police stations and keep in account of any mismanagement by the police.

– They too would continue to work on it until successful.

– To provide central information to citizens is the goal of this enthusiastic team. The user will be provided with a code, issued from the Union Council officials. Whenever this code will be entered on the website, the site will display a complete record of the user from birth to death including his academic record. With the help of this site, you are no longer required to go from one office to another to update or access your information. The site would have virtual copies of every important document, so you need not to carry fathoms of data along.

– They too will work on the idea even if not selected.

– A simple yet quite helpful idea that provides a portal for missing people. A database containing the record of missing persons will be created including their picture and contact information. If someone finds any missing person, he will leave a note informing about that person’s whereabouts saying he’s missing and last seen here.

– Quite obviously they will also continue with their idea even if not selected.

– The idea is “Crowd Source Geo-Tagging”

– The idea proposes geo-tagging of public toilets. It will help find a nearby toilet with the help of Google Maps and text-message integration. The team’s also working on providing the screening options.

– They will surely work on this idea, even if not selected.

– The idea is “Active Citizenship”

– Inspired by 311, this team intends to make citizens report according to constituency, through Dashboards and Info graphics.

– They would also continue to work on it, even if not selected.

– The idea is “Travel Buddy”

– The team is working on an Application that would provide route suggestions, bus fares and Google maps integration. The target market is Lahore and they will present a working prototype on the last day of the event.

– This team doesn’t want to quit either, in any case.

-The last idea our team heard about was “Blood for Life”

– The idea is to keep a record of blood donors through a donor database, including information such as contact information, blood group, the donations being made and the record of last submission so as to form a community of donors.

– They too, like all others, would continue working on this project.

So, this was all from the participants we got to talk to. There is still a lot more to know about the event, on the last day. We believe all ideas are worth working on, because each of them targets the commonly faced civic problems.

The passion and zeal these participants carry is worth-praising. It seems as if they have taken Dr. Sohaib Khan’s advice very seriously i-e “Keep working on your ideas till the last mile.” After all, it’s the passion that keeps an idea alive.

We wish all the teams best of luck!

is a contributor at TechJuice. She is passionate about Startups and Entrepreneurship in Pakistan. Profile 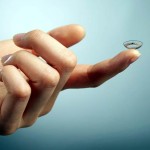 Google’s smart contact lens to define the future of medical!