LG Will Now Use Its Smartphone Factories To Build Home Appliances

Read More: LG will no longer manufacture smartphones by the end of July 2021

As of now, the government of Brazil has approved LG’s plan to expand by utilizing almost $62 million. Once the project is done the company will be releasing a new line of computers, laptops, appliances, and more.

LG’s Haiphong plant will soon pause its production of smartphones and utilize its existing resources in the appliances category. This is due to the fact that the company has been facing exponential losses in the smartphone business.

With LG expanding its appliance business, it is quite sad to see the tech giant let go of the smartphone ecosystem as the company had some amazing products back in the day which had generated quite a buzz. 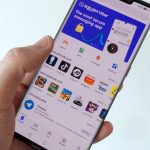