A major FaceTime bug has been exposed which can allow someone to hear or see the person they are calling — without them actually accepting and picking up the call.

According to a report by 9to5Mac, the bug can be exploited by using the group calling feature in Facetime. Here are the steps to reproduce it:

It is not limited to audio only, you can also snoop in on the video of the other person if they interact with the phone. A very easy way for them to transmit their video is the press the power button during this whole process. When they do this, you will be able to both hear and see the other person, and all they will be able to see is the option to accept or deny the call.

Here’s a video showing the bug in action:

Now you can answer for yourself on FaceTime even if they don’t answer?#Apple explain this.. pic.twitter.com/gr8llRKZxJ

This is a huge security flaw and will be a big source of embarrassment for Apple. In a statement released after the bug went viral, Apple said:

To protect users until a patch is released and the bug is fixed, Apple has halted the group call functionality in FaceTime for all users. 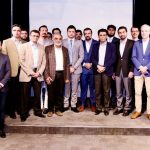