Mark Zuckerberg lashes out at Tim Cook for his recent comments 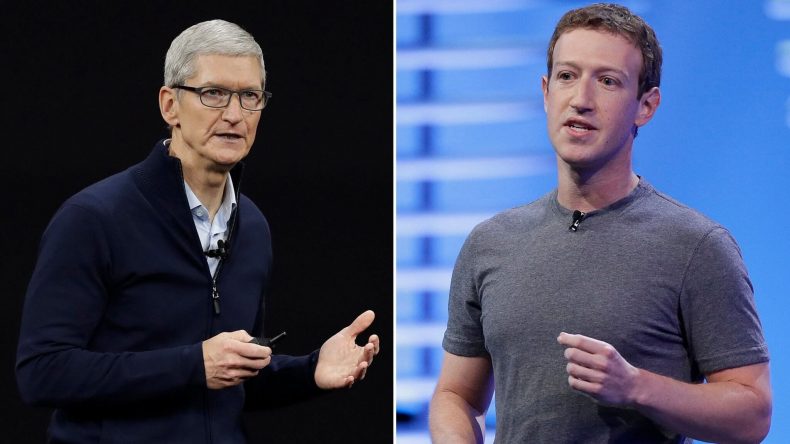 Apple and Facebook, two cornerstones of the American economy, are America’s biggest tech-companies along with Google, Microsoft, and Amazon. While Apple and Facebook’s success draws some parallels, their business model, services and products, on the other hand, could not be more different. However, this did not stop Apple’s CEO Tim Cook from criticizing Facebook’s business model and moral principles regarding user data privacy.

This all started with Tim Cook’s indirect comments at Facebook which he made publicly at a joint MSNBC and Recode interview. Data privacy was the center of focus of that show, and many recent incidents, such as Cambridge Analytica were heavily scrutinized. So it wasn’t surprising when Tim Cook who historically has been a staunch supporter of privacy was asked to chime in, to which he replied:

However, what escalated the matter was New York Times lengthy blog post which covered Facebook’s involvement in everything from the Russia investigation to sex trafficking legislation. The article also mentioned that according to a source, “Mr. Cook’s criticisms [on MSNBC] infuriated Mr. Zuckerberg, who later ordered his management team to use only Android phones — arguing that the operating system had far more users than Apple’s.”

In reply to this, an official statement from Facebook was released, which to everyone’s surprise called out Tim Cook by his name for criticizing Facebook’s business model. The statement went something like this:

“Tim Cook has consistently criticized our business model and Mark has been equally clear he disagrees, so there’s been no need to employ anyone else to do this for us. And we’ve long encouraged our employees and executives to use Android because it is the most popular operating system in the world.”

Tim Cook has a history of provoking the CEO of Facebook on multiple occasions, it seems that the current CEO of Apple disapproves of Facebook’s business model and strategy towards their customers. Back in 2014, while talking to Charlie Rose in an interview, Tim Cook said that “When an online service is free, you’re not the customer. You’re the product.”
This was clearly targeted at social media websites, especially Facebook, which is the largest social media platform and primarily deals in using customer data for advertisement.