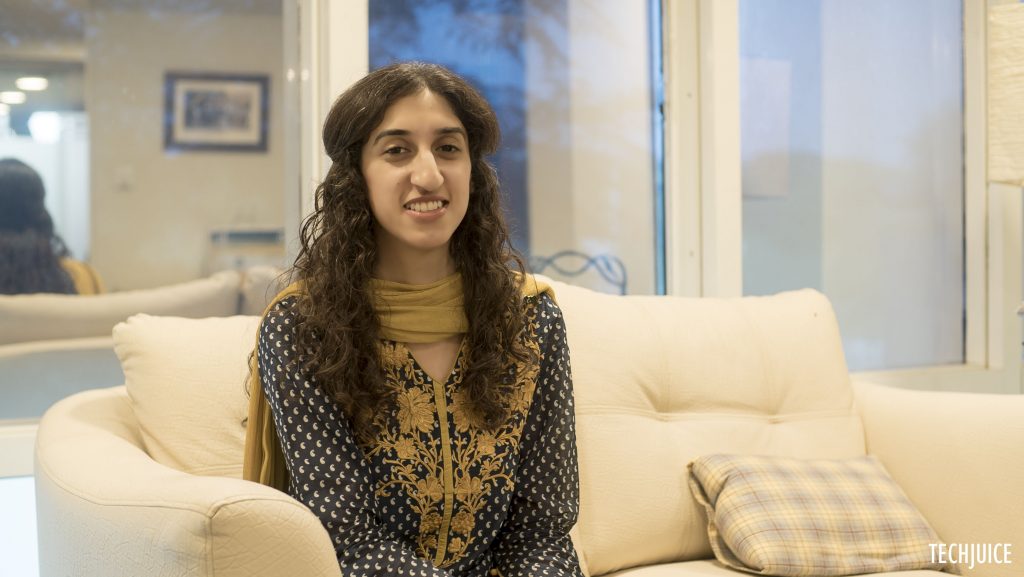 What if I ask you to imagine a Project Manager, a President, a CEO, who do you picture?

Over the years, our brains have somehow been wired to associate any leadership position with a man. Men are assumed to eventually take over those roles. A woman, not so much. She has to carefully carve the way for herself to be considered as capable as a man. So when I found out I would be meeting Sana Khan, Telenor’s Head of Digital Transformation, I was thrilled. It’s not every day you get to meet a woman who has made a mark for herself in a field dominated by men.

When Sana walks into the room she is as delightful as can be and immediately mitigates my nervousness. On the outside she is calm, on the inside, she is determined, a woman ready to fight the tough fight. Sana had always been a top performer at school and when the time came for university, she picked a subject no one in her family had ever been able to do before. Mathematics. Her parents had their reservations but Sana had made an unwavering resolution, one that she was successfully able to fulfill.

By the time Sana completed her Bachelor’s, a career in technology was gradually gaining momentum among people. That is when Sana opted for a Master’s degree in Computer Science. And surprisingly, this time, her parents were completely fine with her decision. Sana smiles, “They somehow consoled themselves that if I had done something as difficult as Mathematics then I’d be completely fine in CS!”

Sana recalls that the number of girls in her CS batch was really low. Rather demotivating was the fact that eventually girls started quitting the course, one after the other, as the tough curriculum started taking its toll until there were only a handful of girls left.

After completing her Masters in Computer Science, Sana immediately joined Telenor and hasn’t looked back since. Sana says that she has been lucky enough to have received an encouraging environment at her workplace. At the outset of her career at Telenor, she quickly became known for being the lone girl in Telenor’s IT Support. Over the years, she has continually defied stereotypes, holding significant roles as a Manager and Assistant Manager. Fast forward ten years, today when Telenor is transforming into a digital company, Sana’s role is pivotal.

Sana’s job as the Head of Digital Transformation is not easy and she knows that. What makes her best-suited for the job is her work efficiency. She is solution-oriented and rarely succumbs to pressure. When Sana isn’t at work, she likes to read, write and cook during her leisure hours.

As our conversation progresses, Sana admits that she is a lot more fortunate than most girls. The harsh reality is that every year tens of thousands of Pakistani students graduate with a degree in Computer Science, less than 50% of which are girls. Due to our socio-cultural norm, the number of girls who choose to work is even dismal.

Gender disparity and stereotypes run in the society. And it is impossible to change mindsets overnight. Gradual steps towards the right direction make a huge difference and empowerment of young girls is definitely a way out. And Sana feels the same. “We need to empower girls. We need to tell women and girls that they can do anything a guy can do. We must support the idea of women participating in the workforce.”

Sana thinks that women are hesitant to pursue careers because workplaces are mostly male dominated. Even at organizations like Telenor women makeup only 18% of their entire workforce while in the Tech & IT department that figure is even worse. Gender disparity in the tech industry is a pressing issue and it needs our immediate redress. Employers need to hire more women and promote existing ones to decision-making tiers. Workplaces should be more women-friendly and accommodating.

According to the Credit Suisse Research Institute, large companies having at least one woman on their Board of Directors were able to make more profits as compared to companies who did not have any woman member at all.

Sana opines, “The first, and the most important thing, is to realize that the problem exists. Only then can we reach a solution. Workplaces need to hire more women, have equal wages, childcare and paid maternity leaves. The Strong support system is all that is required in order to attract and retain women employees at workplaces.”

Sana strongly advocates the fact that women should always be taken on board with important decisions. During our conversation, the importance of retention was also highlighted. A recent report from Paycheck shows that 99% of the tax filers in Pakistan are men while rest of the 1% comprises of women. The report attributes this sharp contrast to the fact that a vast majority of women are earning below the exemption threshold. This ultimately hints the fact that there is a considerable wage gap between men and women. Such a work ethic at most companies will only drive women away while also widening the gender gap.

The World Economic Forum’s Global Gender Gap Report 2015 suggests that at the current pace it will take another 118 years to close the gender gap. But that does not mean we cannot try to catalyze the process. The aforementioned initiatives and various other steps need to be taken in order to attract and retain women with great potential. But most importantly, we need to urge young girls to choose careers in technology. When the number of graduating girls increases we can at least hope that the gender gap will eventually start to close up.

But at the end of the day, it all comes down to how passionate a girl is. Sana feels that girls are immensely talented and it would be sad to see their talent go to waste. With deep honesty in her voice, she looks straight at me and says,“If a woman can deliver a child she can do anything!” 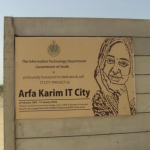