I am sitting in a meeting room at the head office of NetSol Technologies in Lahore. It looks quite similar to Facebook founder’s open glass walled office. Located in the center of NetSol’s ground floor, I can see dozens of people outside intently looking at their screens and speaking with peers sitting beside them.

A girl full of poise and air of inspiration enters the room with one of her colleagues who introduces us and instantly leaves to let us get on with business. Apparently very quiet and conservative, Sara Hassan courageously shares not only her experience but also reservations about the technology industry of Pakistan. There is something very calm about her demeanor, I couldn’t figure out what that was. However, I noticed during our conversation that she would share even the most difficult and harsh experiences in a very composed manner— an attribute not many people have.

Sara Hassan is a Computer Science graduate of LUMS. Her story is unusual. Sara shares, “My mother is a doctor, and so are my aunts. I have always been surrounded by people with the medical profession. So I, naturally, was inclined to taking medicine in high school.”

She pauses for a second, smiles and carries on,

“It was my mother who pushed me to try something other than medicine. My mother couldn’t practice medical initially which she regrets a lot but since I wanted a technical degree. So, I applied for Electrical Engineering at LUMS and this is how my graduate life began.”

Although Sara studied Electrical Engineering, she somehow took an advanced programming course in her first year. This was when she heard the bells and identified her true calling. “We would sit in the Computer Science lab throughout the night and would incessantly code while improving the logic and at the same time removing the bugs. Even during lectures on other subjects, I would mentally be roaming around the Computer Science labs. I would continuously be thinking about solving the complex problems or effectively improving the code. In the beginning, it was very time-consuming and frustrating. But I enjoyed doing it anyway,” says Sara.

“By the end of the first year, I realized that Computer Science was my forte and I’d like to pursue it full time. I shifted my majors from Electrical to Computer Sciences.”

LUMS has a very diverse student base. While studying at LUMS, Sara never witnessed anything stereotypical; the culture is so open and conducive that you can pursue your dreams, follow your passion and be anything you want. There is hardly any discrimination.

Sara thinks, “A major reason why numerous girls do not study technology is that in our parents’ generation, generation X and baby boomers, no one studied technology. But there were ample people taking engineering, medicine, and banking jobs. So, our parents have seen more role models in those fields who subsequently encourage them to enforce the same career choices on their children.

Time is changing, as technology is becoming the heart of everything. There is no way it can be ignored. The important thing is to introduce role models. “I don’t really know any women in technology in leadership positions. We have a Project Manager, here at NetSol, and she is the first one I have personally come across in my professional life. You see, girls in high schools and colleges have no role models. Someone, they can look up to, want to grow up to be!” says Sara.

“The conversation needs to be initiated. We have to have a lasting discourse on women embracing technology and then playing their part in the industry. Kickstarting the conversation is the first step to getting increased number of girls in technology.”

It is a bitter truth that the technology industry of Pakistan doesn’t pose a very rosy picture. As Sara started her professional career, she got subtle discriminatory signals that left a lasting negative impression on her.

“Such probing questions have unfortunately become a standard everywhere,”says Sara.

Sara also had to deal with such questions. She has been a top performer in each one of her work assignments. She strongly believes that women have to work harder to prove themselves and to be taken seriously. Her first job was in the IT department of Service Sales Corporation where she worked for a year. While talking about her experience at Service Sales Corporation, she says, “I felt that there will be more opportunities for growth in a pure technology organization. Hence, I started looking for opportunities.”

When it comes to starting a career, the majority of girls opt for a well-reputed and renowned workplace. Sara’s decision of joining NetSol was partly based on that. “I was impressed with the infrastructure and the organization was well known,” says Sara.

Sara was promoted as a team-lead 6 months into the job at NetSol. “The experience has been truly overwhelming. After promotion, I kept wondering, whether I was good enough for the responsibility. But the feeling vanished after I received positive feedback from my team,” continues Sara, “I am too critical of myself.”

As we move on, the conversation drifts towards unequal pay. Sara agrees that girls are not paid as much as their male counterparts. Primary reason for this inequality, she thinks, is the notion that women ultimately have to leave the job for homemaking. The organizations, therefore, tend to promote and invest more in males. Unequal pay and promotion opportunities not only affect the women employees, it adversely affects the whole organization. Because by doing so, such organizations are encouraging women to leave the workforce permanently, or join organizations with less discrimination.

“There are voices that tell you, girls are not getting equal opportunities and equal pay,” says Sara.

Now at mid-career level, Sara is noticing a severe decrease in the number of female peers. Lack of women in senior positions dries up the will power of women to stay and continue their professional career. “You notice women around leaving good positions. That makes me wonder, why am I continuing?!”, says Sara.

But Sara is committed and wants to change the trend for girls interested in entering the technology industry. “I plan to continue working. I hope when time comes, young girls will be able to look up to me for inspiration, and shall hopefully change their decision of leaving the workplace!” 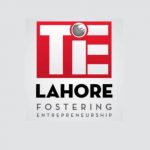