On a hot and humid day of July, I enter into Arbisoft, a software development organization standing tall at Thokar Niazbeg, Lahore. I have come here to meet a young woman named Zahra Khan who is a Computer Science graduate and is now working at Arbisoft. Zahra has already shattered hundreds of stereotypes by venturing into technology, a field which is largely considered male-centric. Significant achievements in a short career span of 5 years make her case even more appealing. She is becoming stronger in this field with each passing day. Her skills, expertise and experience has earned her the position of team lead and is managing a project for one of Arbisoft’s notable partners Travelliance.

As I enter, I am ushered into a meeting room. In a matter of few moments, Zahra enters the room and greets me with a firm handshake. She seemed reserved initially. However, as we move on she opens up and starts sharing her thoughts and experiences with great peculiarity.

“I am a senior Software Engineer and Project Manager at Arbisoft and I have been here for 4 years. Before this, I worked at FiveRiver Technologies as a team lead for a period of one year”, says Zahra, as we start the conversation.

During the scheme of these things, Zahra always had the backing of her parents. No matter what she did and what she opted for, her parents were always on her side.

Goal-Setting is so overrated. There are people whose lives revolve around goals-setting and subsequent struggle for their achievement. Zahra has been the exact opposite, “I was trying to find myself. I didn’t set a goal, I let myself explore and experiment different things, which is how I ended up taking Computer Science for graduation at Kinnaird College.”

“Although, it was an unplanned decision,” she happily recalls “It was a basic programming course in the first semester. I, along with a friend, developed a puzzle game with fancy animations. It felt so exciting looking at that game and the feeling that I did it was beyond explanation. I loved it. I decided this is exactly what I want to do.”

Experimentation with careers came to an end after she found her passion in programming. Her batch comprised of around 40 girls and almost half of them dropped out and/or chose other majors because they thought Computer Science was not meant for them. The rest few went on to graduate but only a handful joined the workforce. Zahra grew up in a very favorable environment where nothing was enforced. One of her parents was an engineer and the other a homemaker. They let her free to take a career path of her own choice.

However, not every Pakistani girl is fortunate enough to enjoy this luxury. Gender stereotypes are associated right from infancy. In almost every household, girls’ rooms are colored pink and furnished with dolls while boys’ rooms are painted blue. Parents have pre-conceived notions and careers decided for their children. In Pakistan, ask an average young girl of her career choice, in most cases, it would be medicine; whereas, a young boy would choose to engineer in majority cases. Children are not born with such aspirations. It is the parents or immediate environment that influences children’s choices by assigning gender-specific roles.

Zahra believes this is the fundamental reason behind women not pursuing technology.

If this thought process prevails, millions of capable individuals will not fail because of choosing the wrong career path. Eventually, these individuals will not make decisions based on what the society deems appropriate for them. Instead, they will opt for things that they are passionate about. Another reason for a smaller number of women in technology is a lack of favorable women-friendly work environment. “After graduation, I was interviewed at several places. I received good offers. But the reason I chose the first organization and then ArbiSoft was the sense of psychological and job security. I didn’t get the same feeling at other workplaces, although the offers were very good, sometimes better”, says Zahra thoughtfully.

She believes that skills can always be learned and expanded. But, if the place is not secure and comfortable, and if her voice is not be heard, she will never stay. Probably, it is more about people. People make or break an organization. You will feel comfortable working at an organization where people are receptive to women. They encourage women rather than suppressing them. They don’t look at a woman as an outsider who should not be pursuing technology or working at an office.

At her workplace, Zahra doesn’t look at herself as a disadvantaged minority or other male peers as majority. “We are all individuals, who believe in Arbisoft’s core values and we are all working together to achieve them.”

All progressive and growth focused companies are like that. Unless the company is led by the people with a patriarchal mindset, why wouldn’t a company hire, promote or let an individual come on the front if she is good for the organization? There are instances when women outperform man. The diversity at workplaces can have life-changing effects on an organization and its workforce. Companies throughout the world are starting to understand that by neglecting more than 50% women population of the world, they shall deprive themselves of a huge potential skills set, innovation, and diverse perspective.

“Women are good at multi-tasking, more hardworking than their male peers and perfectionist. You will always see them ready to go an extra mile to finish a task,” says Zahra.

Due to their disadvantaged position in the society, many women lack confidence. According to a recent survey, a girl will not apply for a job even if her skill set matches 80% to an average advertised job; whereas for the same job, a boy will apply even if 60% of his skills match. There is a dire need to let our women know their true worth and unleash their potential.

“It is completely unacceptable that the women are expected to ‘be a man.’ A woman’s identity needs to be respected. She should be accepted with all her traits and characteristics. This is the how she will excel.”, says Zahra.

“Girls need to step up their game. They need to take initiative and be proactive. How would an organization know that the girl is passionate and capable if she will not show it.”, says Zahra.

In Pakistan, a large number of women are leaving workplaces at a crucial time of their careers owing to marriage or home-making. Women in mid-career level have no role models to look up to.

“Workplaces need to be flexible. By losing women workers, they are losing trained and skilled employees as well as great skill set and a lot of money. By providing women the options like work from home, flexible work hours, pick and drop services, and paid maternity leaves, women can be retained. On the flip side, women need to prioritize what is important for them. A good work-life balance reflects on your health, family and career choices,” says Zahra.

At both of the workplaces, Zahra was promoted as a team lead in a matter of just a few months. Only because she hasn’t let stereotypes define her. She is sharp, focused on her career and doesn’t pay heed to anyone who thinks women are ‘bossy’ or ‘dominating’ — a term frequently used for a career-oriented woman.

Zahra is working in a non-individualistic working environment where everybody is treated equally and fairly. The focus is on growth and excellence. But in general, this is not the case. As long as the patriarchal mindset remains, we will not have more women taking computer science majors and subsequently entering the technology industry.

In a society like ours where patriarchy is deeply rooted, there needs to be a constant discussion around women in technology on a national level. Discussion on how workplaces can benefit by improving workplace culture and increasing diversity.

“Girls should stop being too critical of themselves. They, like their male counterparts, can achieve anything they want. Girls can code if their true passion is coding.” 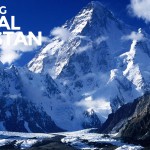