Microsoft faces yet another data breach that took place in December of the last year. The operating system maker talked about the security breach in a blog post stating that an internal customer support database that was used to store anonymous analytic of users was “accidentally” exposed online without the proper protection.

A local firm known as Security Discover reported the data breach to Microsoft. Bob Diachenko is the researcher who had been working on the security flaw. According to him, the leaked database contained a cluster of five Elastisearch servers, a software that could simplify the search operation. Diachenko told ZDNet in an interview that all 5 of the servers were the image of each other and consisted of the same data.

Microsoft however secured the data on the same day on which Dianchenko reported it to the company.

The 5 servers contained over 240 million entries. The information saved in the entries is IP addresses, email addresses, and support case details. As per Microsoft, the database did not contain any personal information of the users.

Shortly all the impacted users were notified by Microsoft. No malicious use of the exposed data had been observed by the company. The OS maker giant blamed the data leak on misconfigured Azura security rules that had been deployed earlier in December last year.

The company further added that there are certain measures that they are going to take so that the security breach like that would not occur in the future: 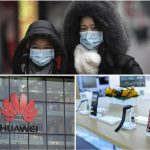 Huawei Annual developer’s meeting postponed in China because of Coronavirus