Microsoft is setting the stage for Surface devices on October 2 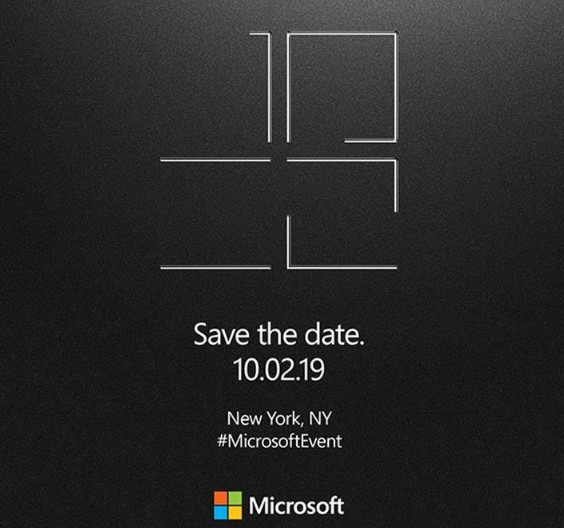 Microsoft would be launching the next series of Surface devices on October 2.

The US-based tech company has sent out press invitations for its next big event of the year. The event which will take place at New York will possibly see Microsoft unveiling its Surface devices for the year as the invitation card features the Surface logo. Last year, the company had released the Surface Pro 6 hybrid and Surface Book 2 devices. This event, which is approximately a year after, will possibly see incremental refreshes to these devices especially to the Surface Pro and to the Surface books. We might also see an update to the 10-inch Surface Go device which was launched about 1.5 years ago.

Different tech enthusiasts are also eyeing this event as it’s possible that Microsoft might use the platform to launch a Dual-screen device also. Termed as “Centaurus,” the device has been in rumors for quite some time now. The device was reportedly first unveiled internally at Microsoft earlier this year. Tech Crunch notes that the invite sent out by Microsoft depicts several form-factors and we might see more than one devices being shown off to the public.

Alongside this Dual-screen device, we might see some hardware-related increments and the software-side improvements as well. The Surface Pro and Surface laptop devices could see an addition of USB Type-C port. Some of the newly unveiled devices would be shipped soon afterward to the users while some devices, like the Dual-screen Surface, could see a later market launch date.