The launch of 3G/4G services in Pakistan has spurred the usage of data services among local consumers. Users of high speed data (3G/4G) now constitute 15% of total mobile subscribers in the country as of Sep 2015 compared to barely 9% six months ago. Launch of high-speed data services has invigorated competition among mobile operators with every operator trying to attract maximum consumers by offering attractive data packages and claiming best data services quality.

Mobilink, the leading mobile operator in Pakistan, announced 3Q2015 financial results recently with a positive YOY revenue growth of 7% in two years primarily driven by data and mobile financial services revenue. Quality data services, attractive packages, and a widespread network not only enabled Mobilink to add the largest number of new subscribers (1,732,282) but post largest increase in 3G subscriber base among all 3G/4G network operators in the most recent quarter (Jul – Sep 2015).

Mobilink maintained market share in the market despite rising competition and managed to increase both data utilization (MBOU) and revenue among users (ARPU) while reducing churn rate (% of users leaving a network). All of these factors contributed to positive performance of Mobilink in an increasingly competitive market.

PTA recently published results of QoS Survey which included the 3G/4G performance of all mobile operators. According to the survey, Mobilink stood out with the best 3G download speeds followed by ZONG. The top scores of Mobilink came as no surprise because it bought a 10 MHz 3G band in 3G spectrum auction compared to 5 MHz band by Telenor and Ufone from PTA earlier this year. 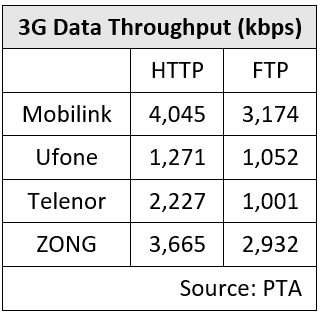 Adam is an Investment Professional who is intrigued by the way Technology is changing the lives of people on Planet Earth. He aspires to be a successful venture capitalist in Technology sector. Profile 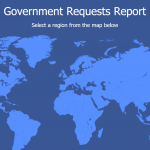