Mobilink, one of the largest telecom networks in Pakistan, in collaboration with Apple has announced to launch the highly anticipated iPhone 6s and 6s Plus smartphones for customers across Pakistan in a recent press release.

Officially going on sale last month, the iPhone 6S and 6S Plus have been selling in millions and millions across the globe. However, Pakistani customers have been left waiting to get their hands on the newest Apple gadget. Not anymore!

As according to Mobilink, the iPhone 6S and 6S Plus will be available for sale from November 13th, 2015 across the country.

Moreover, eager customers can also pre-order an iPhone 6S/6S Plus from their nearest Mobilink Business Centers. The launch is in line with Mobilink’s strategy of introducing the latest devices to the market, and provides customers with an opportunity to experience the Telco’s superior 3G and voice services on the most advanced iPhones till date.

“An iPhone continues to be a highly aspirational smartphone for the growing urban smartphone users,” said Aamer Manzoor, Head of Data – Mobilink, while commenting on the launch.

He further added that, “The launch of 3G services in Pakistan has made inroads to consistently introduce the most appealing and innovative handsets. This collaboration with Apple vastly enhances Mobilink’s 3G device portfolio in the market, and empowers our customers to use next generation mobile services with unprecedented mobile experience and the best data offers on the go.”-

The iPhone 6s is described as being a vastly improved version of all previous designs, with Apple CEO, Tim Cook stating that “even if the iPhone 6s may look familiar, we have changed everything about these new iPhones”.

Available with the same 4.7 and 5.5-inch Retina displays, the iPhone 6s and the iPhone 6s Plus have the same exterior design as the iPhone 6 and 6 Plus, but do come with some awesome new features like the 3D Touch and an improved 13 MegaPixel camera . Along with that, Apple has also considerably up-scaled the innards like the processor and the RAM to make the iPhone much more smoother and faster.

Customers can also pre-order the iPhone 6s and iPhone 6s Plus by visiting:

Pre-Order iPhone 6S/6S Plus from Mobilink! 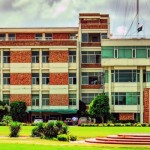