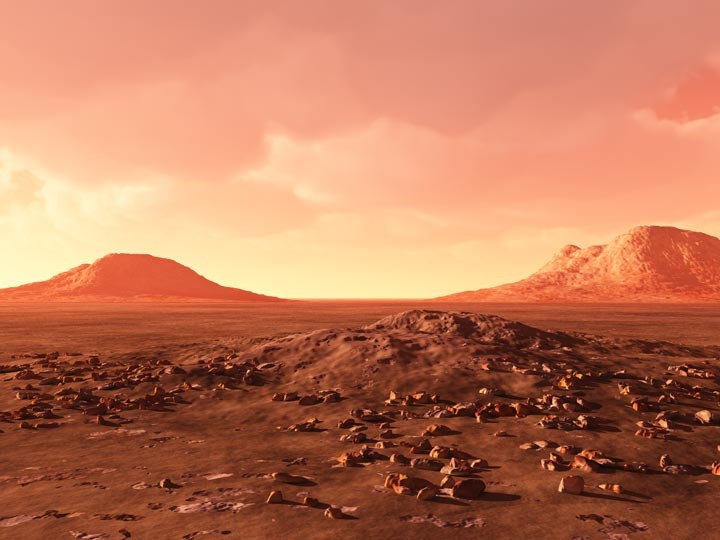 For the first time, NASA has come up with the strongest evidence supporting the fact that water flows on the surface of Mars. Following this announcement the world is abuzz with only one question: does life exist on Mars? The recent discovery of water does, however, plant niches for living beings.

To clear the record, NASA did not find an ocean, river or a lake flowing with gushing water like on Earth. What they did find are hydrated minerals on different slopes of the red planet that indicate that those areas likely go through seasonal changes. Those temperature fluctuations cause water to run down the slopes, creating dark streaks that appear in warmer months and fade in cooler.

Liquid water runs down canyons and crater walls over the summer months on Mars. The trickles leave long, dark stains on the Martian terrain that can reach hundreds of metres downhill in the warmer months, before they dry up in the autumn as surface temperatures drop.

The above images taken from Mars’ surface show cliffs, and the steep walls of valleys and craters, streaked with summertime flows that in the most active spots combine to form intricate fan-like patterns. Scientists are unsure where the water comes from, but it may rise up from underground ice or salty aquifers, or condense out of the thin Martian atmosphere. 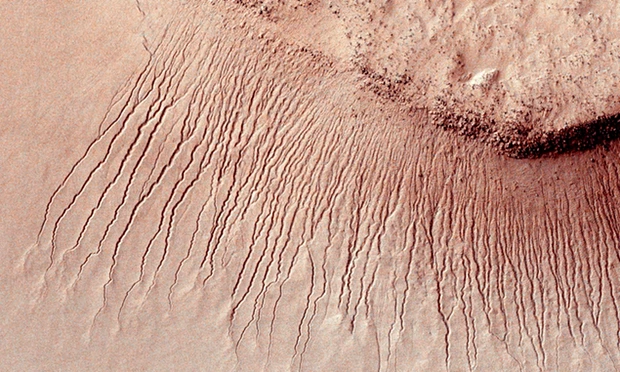 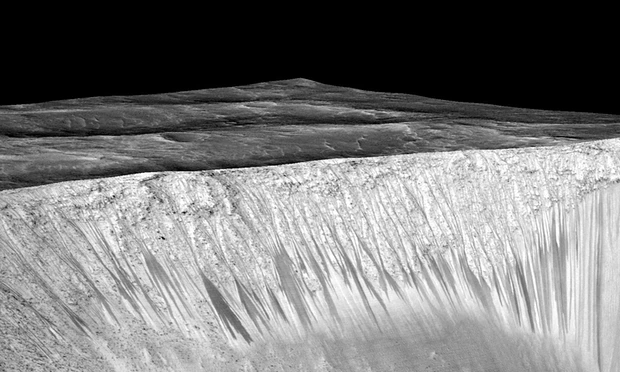 “There is liquid water today on the surface of Mars. Because of this, we suspect that it is at least possible to have a habitable environment today.”

Planetary scientists often say “follow the water” when looking for extraterrestrial life. And the above statement shows that like the rest of us, even the scientists at NASA are speculating the existance of life on Mars. The MEP was launched back in 1993 and the recent most discovery brings them one step closer to proving if life exists or ever existed on Mars. For now the only thing we are sure of is that there is water on the Martian surface, but only time will tell whether we are the only inhabitants of the universe. 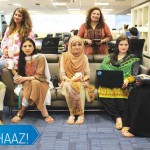