Perhaps inspired by rival streaming service Disney+, Netflix has officially removed the option for potential subscribers in the United States to enjoy a free 30-day trial of its service.

According to a Netflix spokesperson, the streaming giant is “looking at different marketing promotions in the U.S. to attract new members and give them a great Netflix experience.”

In other words, Netflix wants to become more creative in terms of what attracts users to its platform in the first place.

Apparently, this change has been in the “pipeline” for a while now, and free trials have in fact been pulled from other countries over the last couple of years, with Mexico being the first one to lose out on the option.

It has been stressed that the events of this year had nothing to do with this change, and the upcoming line of holiday and potentially award-winning movies had no effect on this decision as well.

Instead, the decision to remove free trials has been largely prompted by the popular streaming service’s need to explore “marketing promotions that would be more beneficial” to subscribers.

Of course, this could just well be something they have learnt from Disney+, who dropped its free trial option right before the release of the popular musical Hamilton, and has only been growing in success as a streaming platform despite that decision.

There are other streaming services that still offer free trials to pull in potential subscribers, however. Hulu + Live TV offers a seven-day trial for no charge, while HBO Max and CBS All Access offer week-long free trials. Meanwhile, Showtime and Amazon Prime Video offer 30-day trials.

Even Netflix itself isn’t completely devoid of free streaming options. The platform operates a site called Netflix Watch Free, which offers some big titles like Stranger Things and Bird Box for free. 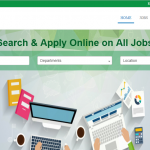