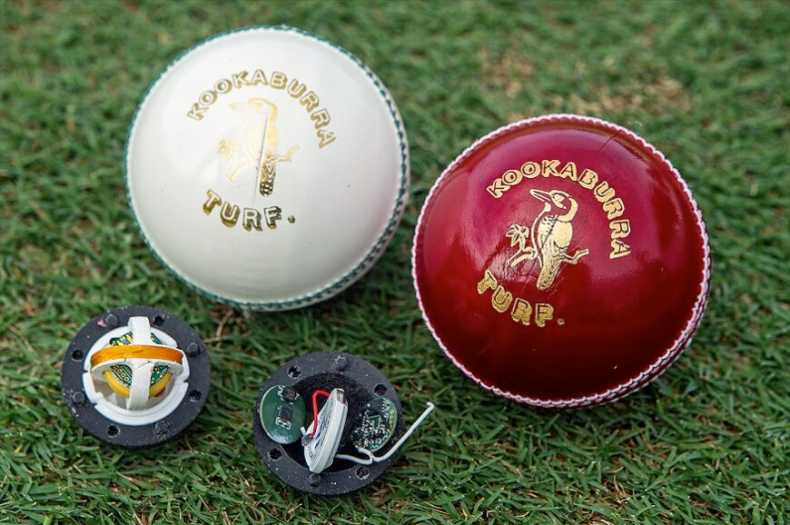 A new chipped SmartBall has just been launched by an Australian ball manufacturer at Lord’s cricket ground.

Cricket is considered one of the popular sports in the world and like any other sports, Cricket also has received its fair share of IT-related innovation. The fans of this sport are already quite familiar with smart technologies like Hotspot and ball tracking. The most recent innovation in this domain comes from an Australian ball manufacturer, Kookaburra, which has launched one of the World’s first microchipped cricket ball.

Launched in collaboration with SportCor, this SmartBall is made up of embedded microchips, Bluetooth module and rechargeable batteries that will enable the ball to provide instant data about the delivery. The ball will be able to provide real-time metrics about the delivery including speed, swing, seam and the movement of the ball. The ball was announced ahead of the second Ashes Test match at the Lord’s stadium in England.

Marnus Labuschagne and Jos Buttler try their hand at the Smart Ball – a design developers are hoping will be used in domestic T20 comps within the coming months! pic.twitter.com/oyUhHkrefn

“A cricket ball that can gather data about things such as speed, movement and power is an extremely exciting innovation that will bring benefits to fans, but also coaches and players,” Head of Cricket Operations at CA, Peter Roach, stated.

Previously, it was being rumored that the new SmartBall could see its debut at the Big Bash League but Cricket Australia later announced that there is still some time before the ball is used in high-level cricket matches. The body told that the SmartBall still needed extensive testing before it is made available for the matches.