In recent news, Oppo has announced that the company plans to export around 5 million mobile phones every year. This would be achieved by upgrading the assembly plant in Pakistan to a manufacturing plant.

This announcement was made by the CEO of Oppo Pakistan, George Long, during his meeting with Federal Minister for Industries and Production, Makhdum Khusro Bakhtyar at his office.

Moreover, George Long also shared the respective plans of establishing a research and development center for the transfer of technology and skill development of IT professionals in Pakistan.

In addition, the Federal Minister stated that the local manufacturing of smartphones would inevitably reduce the prices of mobile phones for the consumers and hence expanding the smartphone industry in Pakistan.

This would also result in more job opportunities in the industry and for other respective industries. 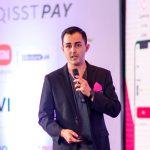