Oppo launches its most expensive smartphone in Pakistan 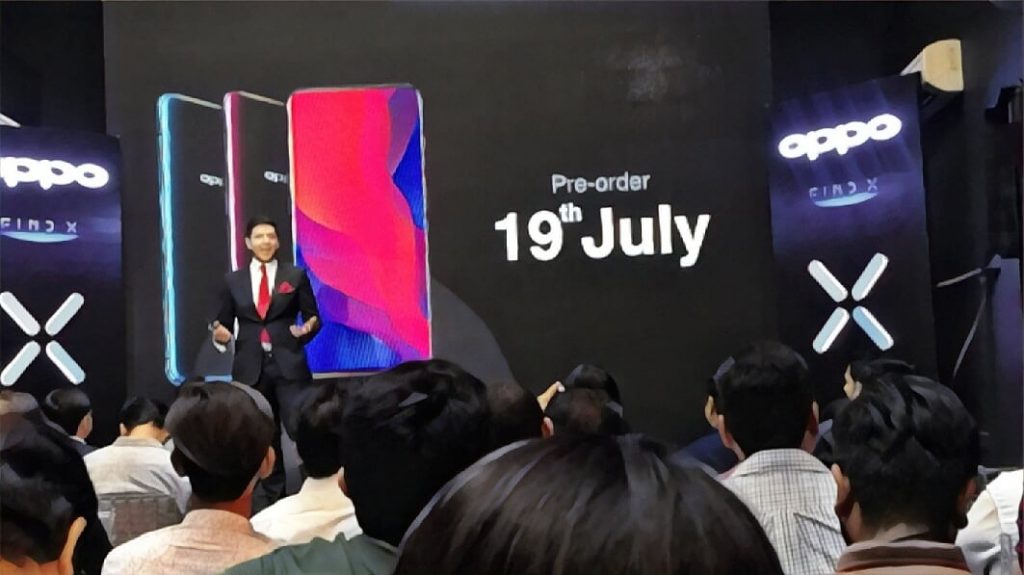 Oppo, the Selfie Phone brand has launched their latest flagship, the Find X in Pakistan. The phone was unveiled at a grand ceremony held in a cafe in Lahore on the 19th of July. The event was buzzing with excitement by the time the ceremony started, with everyone thinking about one thing: When will we get to see the Find X?

The ceremony was ushered by a trio of Oppo’s team members, including their Product Manager Mr. Awais Khan, their Media Manager Mr. Faizan Altaf and their PR Manager Mr. Ali Kakri. Mr. Faizan took to the stage to kick off the ceremony with a brief introduction to the brand and its history. Mr. Ali followed suit by giving details about the brand’s history and its rise to fame. He also added that the company is proud to launch the flagship model in Pakistan right after its launch in Europe. At this point, everyone in the audience (including me) thought he’s going to show the phone to us; we were right. He held up the Oppo Find X in his hand for everyone to see and Gosh the phone looked amazing. 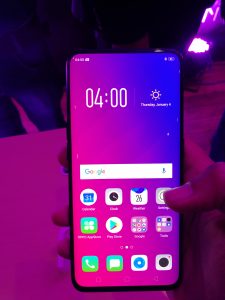 The Product Manager, Mr. Awais then took the floor and gave details about the phone. Going against industry norms, Oppo has decided not to incorporate a notch into the display. Instead, the Find X has been equipped with a Panoramic Arc Screen having an amazing 93.8% body-to-screen ratio. If the term panoramic didn’t make it clear, the Find X has an aspect ratio of 19:5:9. The phone’s Stealth 3D camera (which pops up only when the camera is activated) was boasted extensively and in my opinion, rightly so. The camera’s mechanism is absolutely amazing and it feels great to see an actual all-screen design on a phone. Further on, the phone’s “Ultra-Secure” 3D Face Unlock with 15,000 data points that map your face’s features was introduced. 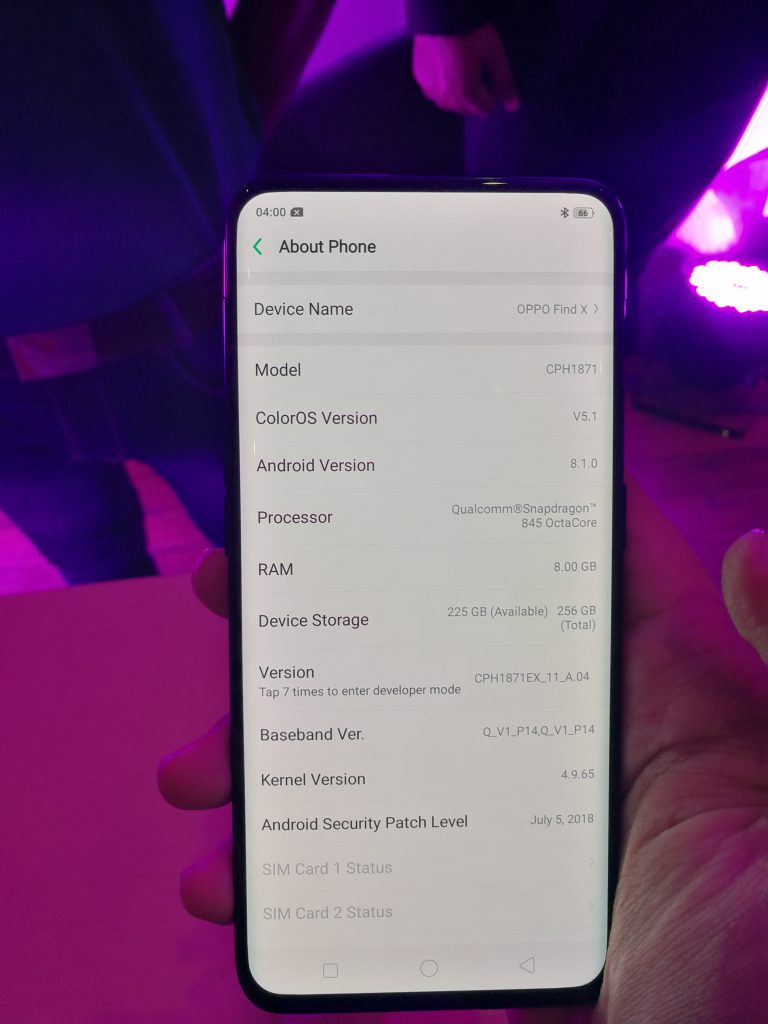 Further jargon followed suit, at which point most of the audience started getting bored. This was when Mr. Ali was invited to the stage once again and before inviting him on to the stage, Mr. Awais revealed that the price of the phone will now be revealed.

Mr. Ali came onto the stage, showing signs of extreme excitement (probably more than the audience itself!). Without creating any unnecessary suspense or fluff, he straight away went to announce that the phone will be priced Rs.129,999. Right afterward he revealed that the phone’s pre-orders have begun from today and it will hit shelves on 4th of August 2018.

The phones will come in two colors, namely Bordeaux Red and Glacier Blue. With every pre-order of the phone in Rs.129,999, you will get a free VOOC charger with it! 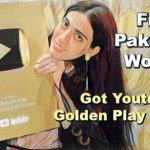