Pakistan to be the first country in South Asia to test 5G, IT Minister Anusha Rehman, Minister of Information Technology and Telecom (MoITT), has said that Pakistan would be the first country in South Asia to test 5G cellular services for faster wireless connectivity.

5G is the fifth generation of cellular networking and next step in mobile technology. It would make our current 4G LTE networks as slow and irrelevant as 3G data seems now. 5G is the key to unlocking blazing-fast internet speeds that may range from gigabits to tens of gigabits.

IT Minister was addressing 3rd ICT Awards organized by Rawalpindi Chamber of Commerce and Industry (RCCI). She said Pakistan just won the GSMA award and standing at the third position in the list of cellular telecom operator groups. She also mentioned that IT has been rising in Pakistan and Internet penetration boosted from 3 percent to 27 percent within the last two years.

Anusha Rehman claimed that every rural community in the Pakistan with minimum 100 people – would be under the covered area of 3G services within the next couple of years. She also highlighted that Pakistan ranks 4 for freelancing around the world because of internet penetration and this was made possible through the improvement of 3G and 4G services in Pakistan.

“We are working towards making a digital Pakistan. Digital economy through IT, freelance, start-ups, e-commerce and mobile apps are the future,”

RCCI President Raja Amer Iqbal said that ICT industry has a market share of approximately $3 billion in Pakistan but no step is being taken from the government side to promote it.

The award ceremony was attended by a number of officials from RCCI, MoITT, PSEB, IT Committee, CEOs of leading IT and Telecom companies and government officials.

3 Replies to “Pakistan to be the first country in South Asia to test 5G, IT Minister” 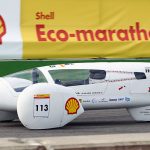