Asia Development Bank’s country director for Pakistan, Werner Liepach, has said in a statement that Pakistan is right on track to end energy rationing within two years. He went on to say that the time period could be further reduced but there are several other factors that would determine that.

Asia Development Bank (ADB), headquartered in The Philippines, is an organization focused on eradicating poverty from the region by giving out loans and grants. ADB is also assisting Pakistan to end the energy crisis by lending more than $1 billion over the next five years. Also involved in these efforts will be reforms such as privatizing parts of the energy sector and improving transparency.

The issue of load shedding was of top priority to the Nawaz government when they came into power. Energy Minister Khawaja Asif said that Pakistan last week hit record production generation of 17,350 megawatts (MW), though production shortfalls varied between 1,500MW and 4,700MW through the week. The government also seems to be working on construction of new dams, coal-fire power plants and renewable energy projects.

A lot may be being said, but the people are of the opinion that nothing seems to be materializing. Whether this statement from ADB is actually possible, that remains to be determined. 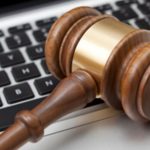