These are the most problematic factors for doing business in Pakistan 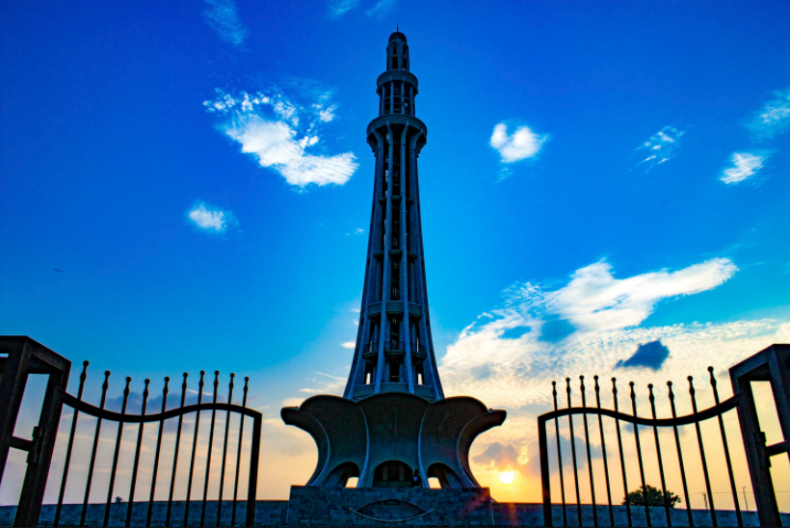 Pakistan continues to be one of the most lackluster economies of the world.

According to the World Economic Forum’s Global Competitiveness Index 2017-2018, Pakistan is at the 115th spot in a list which ranks countries based on how strong their economies are. While Pakistan has come up seven places from its last year’s spot at the 122nd place, it still ranks lowest among all the South Asian countries.

The Global Competitiveness Index is an annual report put out by World Economic Forum and it analyzes the performance of world economies based on 12 pillars which include institutions, infrastructure, education, financial market development, business sophistication, innovations and a few others. This year 137 countries were taken into consideration, one down from last year.

The report highlights that Pakistan is quite far behind from even its South Asian counterparts. In terms of education, institutional and infrastructure development and stability Pakistan still has a lot of work to do to catch up with South Asian countries and the rest of the world as well. 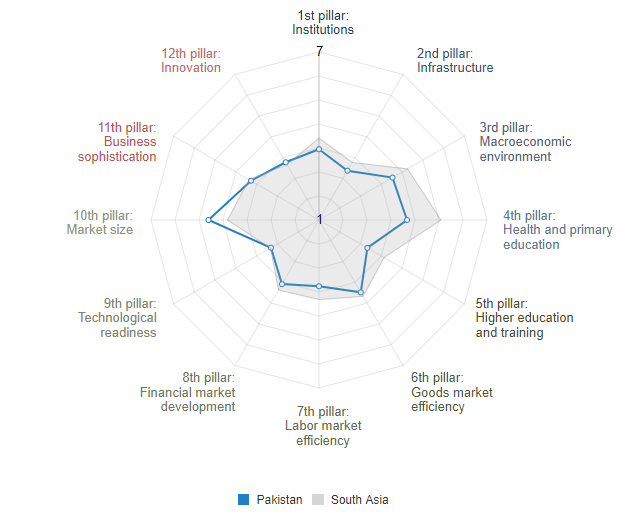 Overall, Pakistan was ranked 129th on the Health and Primary Education, 120th on Higher Education and Training, 111th on Technological Readiness, 107th on Goods Market Efficiency, and 128th on Labour Market Efficiency 128.

Most Problematic Factors for Businesses

Moreover, the report went on to highlight the various factors that make it difficult for businesses to function efficiently in Pakistan. A lack of support infrastructure for businesses negatively affects the country’s economy. For determining the most problematic factors for businesses in Pakistan the WEF conducted an online survey and asked people to select the top 5 factors and rank them from 1 to 5.

Based on the feedback WEF received, corruption is the biggest factor which holds back businesses in Pakistan. This doesn’t come as a surprise because there is no check and balance or accountability in majority of Pakistan’s business sectors which rings bad news for newcomers in particular.

The second major factor which holds back businesses from thriving is the high tax rates. Businesses generally have to pay a sales tax, income tax and withholding tax on their revenues. For new businesses, this results in very minimal profit.

Pakistan is currently going through an internal political instability and our relations with our neighbor India aren’t faring well either. In such a state, businesses find it hard to bring in foreign traction and unstable city conditions directly affect their day to day operations.

The countries which topped the Global Competitiveness Index 2017-2018 included familiar names as the previous years. Switzerland, the United States, and Singapore grabbed the top three spots for most competitive global economies. 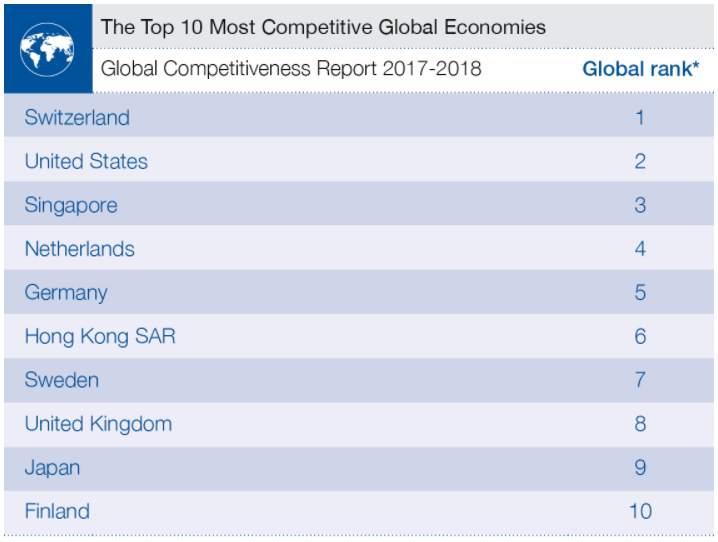