Passengers all over Pakistan heaved a sigh of frustration as the ticket reservation system of Pakistan Railways crashed across the country earlier today.

As reported by ARY News, the booking offices of Pakistan Railways, scheduled to open at 8 in the morning, have not opened yet at the Cantt, City, and Landhi railway stations. The passengers willing to travel through Pakistan Railways are facing hardships in getting their reservations.

The reservation system could not be restored despite the passage of three hours, while the already loss-running entity is facing more losses due to the crash of the system.

He said that the department will seek experts’ opinion with regard to upgrading the basic structure of Pakistan Railways, adding that it is the government’s topmost priority to provide suitable working facilities to the employees of the Railways’ department.

Swati asked the workers’ union to work for the development of the national railways and avoid what he called “blackmailing the officers” for personal gains.

“Hopefully, the workers will get more facilities, such as buildings, hospitals, and educational institutions, in the near future,” he added.

Swati said that Railways’ assets would not be sold, vowing that illegally occupied lands of railways would be retrieved at the earliest. 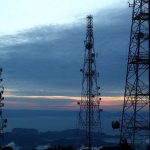