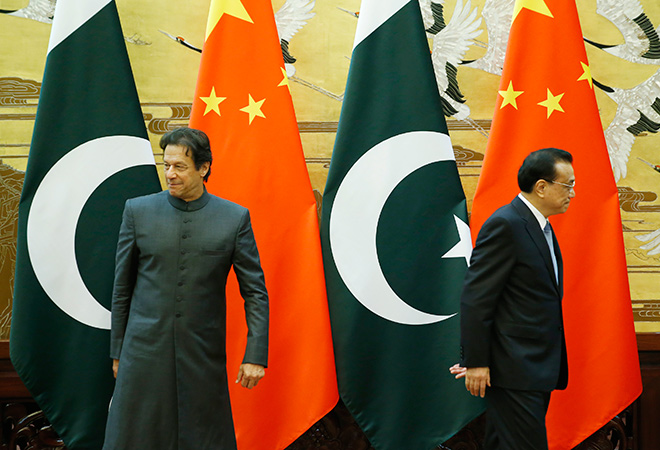 Pakistan is seeking yet another infusion of debt relief on Chinese loans, this time for the purpose of the power projects that Beijing has been financing over the past eight years.

As reported by Bloomberg, Pakistan is the latest developing nation that’s struggling to repay debt under President Xi Jinping’s Belt and Road Initiative.

The publication said the two countries have discussed easing terms on the repayment of debt on about a dozen power plants in informal talks. Islamabad has yet to make a formal request, the report said.

The parties have canvassed Beijing’s willingness to stagger debt payments, as opposed to lowering equity returns, a person with knowledge on the plan was quoted as saying in the Bloomberg report.

Chinese-financed power plants in Pakistan were originally intended to solve Pakistan’s power shortages. But the country now finds itself in a surplus that it can’t afford.

Infrastructure projects funded by China’s initiative in other developing nations, such as Sri Lanka and Malaysia, have suffered issues ranging from heavy debt loads to corruption.

A spokesperson at China’s Ministry of Foreign Affairs said they aren’t aware of Pakistan’s plan to seek debt relief.

“Energy projects have provided Pakistan with a large amount of stable and low-priced electricity, effectively reducing the overall price of electricity in Pakistan,” the spokesperson said in a written response.

Pakistan’s power division has made no comment so far.

The publication said China has previously denied US criticism that the initiative leads to debt traps, while acknowledging that countries have had difficulties repaying loans due to the pandemic-induced global recession.

Beijing canceled interest-free loans to 15 African countries last year which were due to mature by the end of 2020, and it has delayed other payments.

China’s Belt and Road financing in Pakistan has focused on the power sector.

The Belt and Road program had found new life in Pakistan last year with the signing of $11 billion worth of projects, most of which went to revamping the nation’s railway system.

#Zong trends on Twitter as users can call or use data without balance!