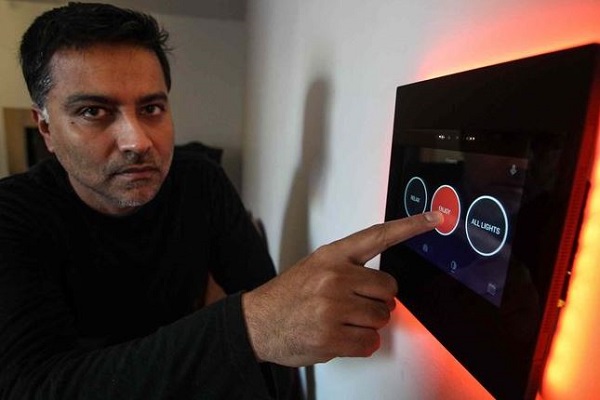 Salman Qureshi, a Karachi based US entrepreneur, will display a less expensive smart home technology at Consumer Electronics Show (CES) 2015 to be held in Las Vegas next week. He will participate in the Show Stopper event of the massively popular CES to exhibit his product in front of more than 1,000 journalists.

The product called ‘Umbrela’ is an integrated automated smart home system which uses existing wiring at homes and does not depend on Wi-Fi, custom wiring, batteries or smart phone based automation applications.

Salman Qureshi got the idea when his desired smart-home features were too expensive to add to his newly built home three years ago in St. Norbert. He started working on the idea along with two engineers from his former workplace – Monteris. The plan was to make DIY plug-and-play hardware which can be sold to consumer directly without charging any monthly fee like other services do especially on security features.

While talking about his firm, Qureshi said, “So far the company has been funded by the founders ourselves. We wanted to get the technology to the point where we could go to investors and show them the product as opposed to a drawing on the back of a napkin of a hard-to-describe technology.”

The firm plans to launch a crowdfunding campaign early this year and will start shipping the units in the last quarter of 2015. They have already secured a provisional patent while Chinese manufacturing and supply chain are in place too.

Salman Qureshi arrived in Winnipeg from Karachi, Pakistan, to be admitted in Grade 12 at West Kildonan Collegiate. He, then, went to the University of Manitoba to complete his Mechanical Engineering degree. After graduation, he got a job at Bristol Aerospace and worked on defense and space projects. While working at Bristol, the company helped him get an MBA degree. In 2003, Monteris, a then startup, recruited him. His 10 years’ experience at Monteris Medical was an excellent training ground for launching his own startup.