Interacta, a Pakistani startup focusing on revolutionizing traditional television broadcasting has successfully raised US $ 220,000 in seed funding. This latest round of funding was initiated by investment company Fatima Ventures. Interacta is promoting a technology focused on making television interactive to its audience and increasing TRP (target rating point) in the process.

Interacta was incubated at LUMS Center for Entrepreneurship’s first batch. LCE yesterday, on completion of first year of the center, revealed some details of the startup. According to that report, a couple of startups other than Interacta are also in talk with investors and are expected to announce their funding too.

Interacta is an application that can change the way we view our television, through its mobile application we can turn our smartphone or tablet into something that can act as a medium between the viewer and the program they are viewing. Viewers will be able to give feedback on advertisements and even participate in live channels such as cooking shows, Quiz shows or contest based shows. The startup has managed to gain huge interest with an entirely new concept. Which is why they have successfully managed to raise and get ahead with the product.

This startup is a brilliant exhibition of the talent of today’s youth and how this can potentially shape the way we watch television. It will also encourage adults to be more active smartphone users when using the app to interact with our favorite television program.

The founder of Interacta, Muhammad Maaz, was also recently featured in TechJuice’s 25 high achievers from Pakistan under 25. You can read more about Maaz and his startup here. 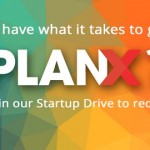 PlanX is accepting applications for its acceleration program