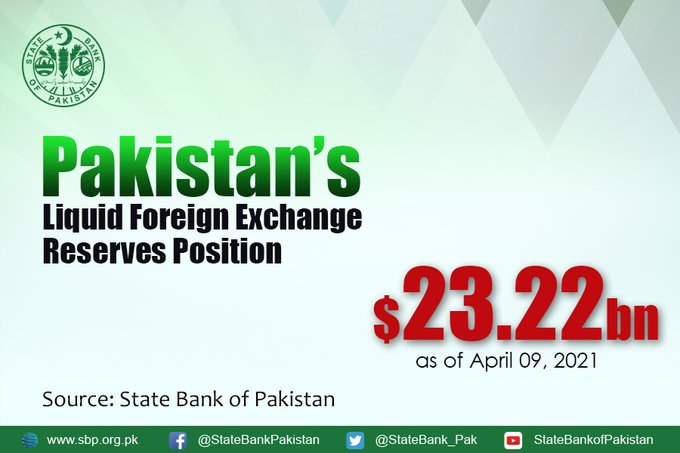 Pakistan’s foreign exchange reserves stood at the US $23.22 billion as of April 09, 2021, the central bank said on Thursday, an increase of 11% over $20.836 billion in the previous week, after recording a current account surplus of $881 million last month. The reserves held by the State Bank of Pakistan (SBP) decreased by $146 million to $13.527 billion due to external debt repayments, the State Bank said in a statement. The reserves of commercial banks also reduced to $7.152 billion from $7.163 billion last week.

The State Bank of Pakistan (SBP) announced last month that the current account remained in a surplus of $881 million against $2,741 million during July-Feb FY20.

The state bank credits the surplus to growth in the worker’s remittances and “a sustained recovery in exports since Nov20 in year-on-year terms, which more than offset the increase in imports due to domestic food shortages and recovering economic activity.”

The worker remittances, which comprise the Pakistani freelancers’ earnings and funds transferred by overseas Pakistanis, and were attributed by the SBP as a key reason behind the surplus, have also grown from $15 billion to $18.7 billion.

Remittances from Pakistani freelance workers account for a major portion of Pakistan’s foreign exchange reserves. An earlier report by the Pakistan Software Export Board (PSEB) revealed that the exponential growth in the number of freelancers in Pakistan has resulted in a revenue of $150 million earned by the freelancers FY 2019-20 exports to 120+ countries. 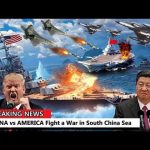