People are Spending Billions to Buy Land in the Metaverse But is it Worth it? According to a report, people have spent over $2 billion in the last 12 months to buy virtual land in the metaverse

Recent reports show that metaverse enthusiasts have been going crazy over virtual land, purchases have risen up to $2 billion in just 12 months. Customers include both individuals and well known companies trying to establish themselves in the metaverse.

With the metaverse industry still in its formation stages, predicting its success is still difficult, but land grabbing has only gone upwards. Is buying large amounts of land in the Metaverse worth it?

People have been using the land they buy in the metaverse for a variety of reasons. Angie Taylor, an artist for example, bought a piece of land for $1700. She currently uses this land to exhibit her work, promote her art and even organize different art events on the land.

She has also developed an art gallery that houses all her digital artwork and even gets sold within the metaverse through cryptocurrency payments.

Angie’s land is roughly about the size of two family homes, zooming out from Angie’s home you would find that there are thousands of identical homes bought by people. These are just lands and homes that are setup on Voxels, which is only one of the many virtual worlds.

Just like voxels, there are dozens of other virtual worlds where people are busy grabbing large pieces of land. According to reports by DappRadar, $1.93 billion worth of cryptocurrency has been used to buy virtual land.

The most popular amongst virtual worlds is Decentraland, lands on Decentraland are sold for millions of dollars. Major brands such as Samsung, UPS and Sotheby’s own properties in this world and even have frequent customers.

While the investments of large brands and the increasing growth rates show that the industry is growing each passing day, many believe that this growth is a result of the artificial hype and will soon end. What is your stance on the topic? Leave your thoughts in the comments below.

WhatsApp Will Let You Make ‘Communities’ With 1,024 Participants 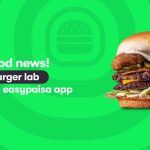