After a request from the National Hajj Commission of Nigeria (NAHCON), the Punjab Information Technology Board (PITB) has developed and deployed an online system that will automate all the Hajj operations in Nigeria. The platform, called Online Pilgrims Registration, will be the first of its kind in the West African country.

The Online Pilgrims Registration platform came about after a meeting between the National Hajj Commission of Nigeria and the Ministry of Religious Affairs and Interfaith Harmony of Pakistan. The approach from NAHCON was to seek help from the PITB in seeking an ICT platform to celebrate Hajj operations similar to the one developed for Pakistan.

Pakistan’s version of the online pilgrim platform was widely appreciated by the pilgrims for how it helped the streamline activities during the holy occasion.

On two occasions, a Nigerian delegation paid a visit to Pakistan’s Hajj Mission in Makkah. The members of the delegation were impressed by how friendly the platform from the PITB was to pilgrims. On its part, the PITB sent a delegation to Nigeria in March of this year to gather the information needed to run a similar program in Nigeria. The PITB delegation went to gather the information needed to run the online platform. This information includes a system of registering the pilgrims, a means of selecting the pilgrims, Hajj flights and camps among other details.

After the needed operations, the PITB launched the Nigerian version of the online platform in May 2017. PITB officials then trained five master trainers in Nigeria who would then train other officials in Nigeria’s 36 states and 776 towns on how to use the platform.

A system to register complaints is also being created by the PITB to handle any issues during the Hajj operations.
This online platform has had good results in Pakistan with delays in Hajj operations being done away with for the pilgrims. 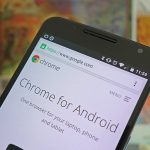 Google Chrome for Android to get a massive speed improvement