Plan9 is all Set to Host GITR – Investment Battle Pakistan!

Plan9, one of Pakistan’s biggest incubators, is hosting Get in the Ring, Investment Battle Pakistan. The event which is to be held on 25th September will feature 8 shortlisted teams who will compete in a National Battle and subsequently the finals in Netherlands. The competition which will feature startups and teams from all over the world will involve some exceptional pitching sessions in the battle to raise over 1,00,000 Euros!

Investment Battle is an idea developed by Erasmus Centre where startups take part in pitching battles. Two startups confront each other in what is known as a battle and every battle involves five rounds, each of which is related to an important aspect of business. Sounds easy? Not quite: in each round, a team has mere 25 seconds to convince the Jury and after the end of the battle (total five rounds), startups have to answer questions posed by the jury, known as Champions, in a five minute session.

Rounds of a Pitching Battle

As mentioned above, the teams will compete in 5 rounds, each of 25 seconds. The topics of these rounds are as follows.

National Winners will Proceed to Regionals and then Finals!

Plan9 is the National Host for the GITR-Investment Battle and the winner from Pakistan will proceed to represent the country in Regionals which are due to be held in Saudi Arabia on 5th November, 2014. Winners from the regional battle will compete for the final time in Netherlands on 21st November where the target is to raise 1,000,000 Euros in Investment.

The 8 startups that will face each other in a tough pitching competition within Pakistan have already been shortlisted and declared by Plan9. Only one of these startups will emerge as the National Winner on the eve of 25th September, 2014. The event will be held at Auditorium, Level 3, Arfa Software Technology Park and registrations will start at 4 pm. To RSVP, you can click here. The teams competing in the event are as follows,

We are looking forward to seeing some great pitching battles this Thursday! Let’s see which of these 8 startups gets the coveted spot of National Winner of GITR- Investment Battle Pakistan! 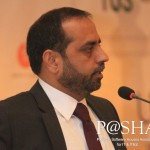