Prime Minister Imran Khan’s cabinet just made history, albeit not in the way you might think. In a first for Pakistan, the cabinet held a digital meeting with the participants attending via tablets.

The development was shared by Prime Minister’s Office on Twitter, calling it a giant step taken towards digital automation of Cabinet Procedures.

In a first, an entirely paperless Cabinet Meeting was held in Islamabad with Prime Minister @ImranKhanPTI in chair.

National Information Technology Board (NITB) played a lead role in the process, coincided with relentless support by Ahmed Nawaz Sukhera, the cabinet secretary.

In the meeting, for the first time ever in the nation’s history, the proceeding was entirely “paperless”. All the members were given a tablet.

The cabinet discussed the overall political and economic situation of the country besides the COVID-19 situation.

Earlier today, PM Imran Khan said that efforts are being made to make the youth population skilled. He mentioned that youth employment services are being implemented, as well as 50,000 scholarships for high-tech studies.

PM Khan said in a letter to the youth on Tuesday that the main challenge facing the country’s youth is finding work. The prime minister stated that government offices are unable to hire additional personnel.

He said that the private sector creates jobs or allows individuals to launch their own enterprises all around the world.

PM Imran Khan said that if the youth have business plans, loans would be granted on the basis of merit. The youth will stand on their own two feet by beginning their own company.

He said that the government is assisting young people in finding work so that they can help to improve the economy.

He went on to say that every year, plans are made to raise funding for the youth, as well as to bring employment programmes to the youth. 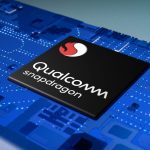